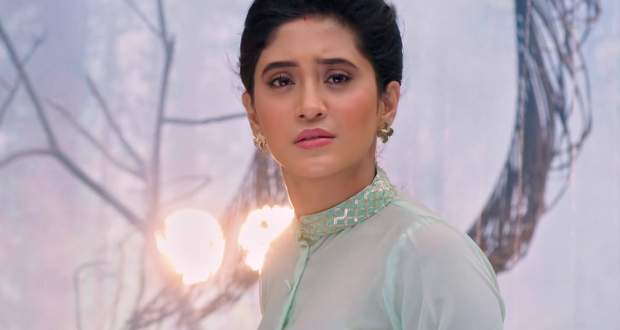 Today's YRKKH 29 Jul episode starts with Naira calming herself and trying to think straight. She decides to go on the accident site and finds out that one of their cars was parked in the same area.

However, nobody drives that car and Kartik also took another car the previous day. Naira asks Surekha about the car and learns the car has been in the garage.

Naira sees Surekha paying someone for a job done right and asks him not to worry. Naira doubts Surekha for causing the accident and later finds the car parking slip with her of the same place.

Meanwhile, the inspector wants to know why Kartik is not trying to save himself. Later, Naira tries to talk to Surekha but she refuses to open the door.

Kartik feels helpless and remembers all the happy moments shared with her. Elsewhere, Naira learns that Surekha went to Durga Nagar to give some food items to Luv and Kush.

Akhilesh gets mad at her for going there and taking Kartik’s help. Later, Suhasini makes food for Kartik and is sure Naira will find out the truth as soon as possible.

Suhasini meets Kartik and gives Kachori to him. Kartik finds a letter in one of the Kachoris from Naira. Naira is adamant to find the truth while Kartik is afraid of the same.

Naira tries to connect the dots and gets suspicious of Sita Ji transferring the money so fast.