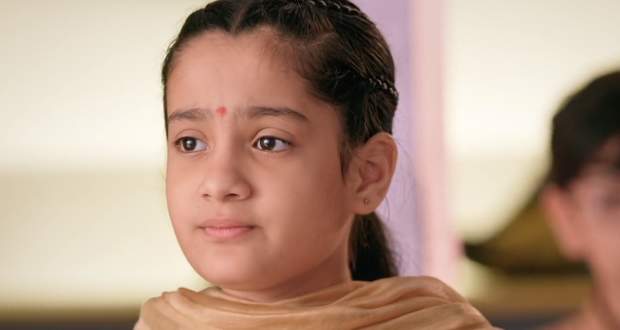 Today's Yeh Rishta Kya Kehlata Hai (YRKKH) 29 Oct episode starts with Suhasini getting angry at Krishna for putting Akshara on the floor. Krishna tries to explain her part but nobody listens to her.

Suhasini goes outside and tells Manish that if some other kid gets hurt, she will throw Krishna out of the house.

Kids overhear this and decide to plan against Krishna. Later, Kartik and Naira get tired of preparing the kids for the Ramleela.

Manish tells Suhasini that one special guest is coming for the function of Ramleela. Suhasini states that she is worried about Krishna creating any trouble.

Kartik and Naira some quality time together while later they reach outside late. At the same time, Mr. Khaitan comes along with school activists and some journalists.

Everyone praises Kartik and Naira for their noble act of adopting Krishna. Further, Naira tries to divert Kairav’s attention to console him.

Naksh also comes for the function and gets close to Kirti accidentally. Later, the kids get good wishes from their parents.

The kids get upset with Krishna again and want to plan something against her. Naira is not able to find Akshara and gets worried but later finds her near Suhasini.

Manish introduces Ramayan and explains how kids will perform just a few scenes out of the Ramleela.

Upcoming YRKKH episode update: Kairav falls accidentally because of Krishna on the stage.

© Copyright tellybest.com, 2018, 2019, 2020. All Rights Reserved. Unauthorized use and/or duplication of this material without written permission from tellybest.com is strictly prohibited.
Cached Saved on: Monday 30th of November 2020 04:55:39 PM