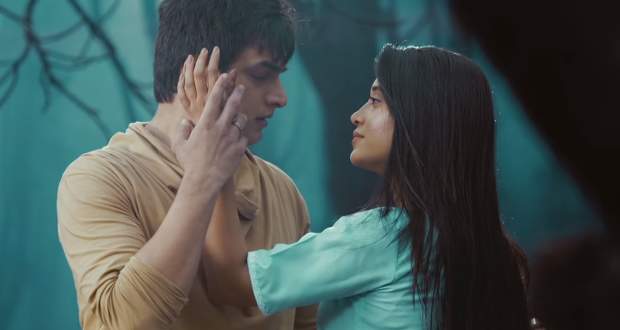 Today's YRKKH 2 Jan episode starts with Kartik having an emotional talk with an unconscious Naira. Kartik gets immersed in his thoughts and loses her in his dreams.

Meanwhile, Vedika shares with Pallavi that Kartik is ready for her condition. Pallavi tells something shocking to Vedika before she signs the documents.

Gayu and others try to console Kairav in believing that his mother will be alright. Vansh asks Kairav to not cry and pray to god. Kairav prays to god and still wants his parents to get married.

Naira and Vedika are being taken for the surgery. Kartik holds Naira’s hand while Vedika holds his. Kartik set his hand free of Vedika’s hold.

Kartik prays for the recovery of both and signs on the consent papers of both Naira and Vedika. The family members want Naira and Kartik to get married when she recovers.

Kartik knows the day will never come when he reunites with Naira. Later, Pallavi tells everyone that Vedika is out of danger while Naira is still unconscious.

Kairav wishes to talk to Kartik and Gayu calls him. Kartik tells Kairav over the phone that his mother is fine and he will soon make them talk.

The next morning, Naira and Vedika wake up and Naira calls for Kartik. Kartik retrains himself from holding Naira’s hand and watches Vedika.

© Copyright tellybest.com, 2018 & 2019. All Rights Reserved. Unauthorized use and/or duplication of this material without written permission from tellybest.com is strictly prohibited.
Cached Saved on: Friday 17th of January 2020 11:20:22 PMCached Disp on: Wednesday 22nd of January 2020 04:20:16 AM