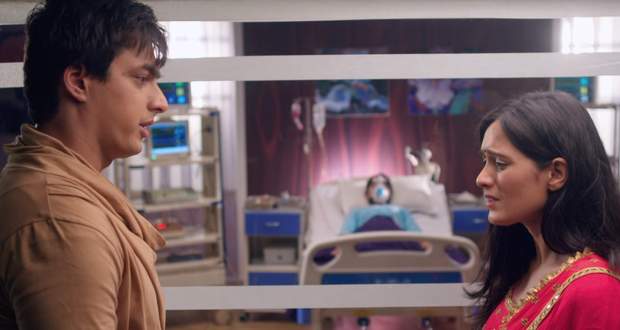 Today's YRKKH 30 Dec episode starts with Kartik wishing to meet Naira. The family members get worried about Kairav as he is unaware of Naira’s condition.

Kairav wonders where is everyone while Devyani and Bhabhi Maa leave for the hospital. Kairav and Vansh wonder where they are going and decide to follow them.

Vedika is allowed to get tested for the kidney while an emotional Kartik meets Naira. He doesn’t know how to face Kairav and is sure that Naira will be all right.

Naira speaks in her unconscious state that they have to give medicine to Kairav. Later, Vedika prays to god that Naira should be safe while Suhasini warns Vedika.

Kartik asks for the name of the person whose kidney has matched while Pallavi declares it is Vedika. Meanwhile, the kids lose the car and get lost on the streets.

Later, Kartik takes Vedika near Naira’s room. Meanwhile, Suhasini is not sure if Vedika will agree to give her kidney and asks Manish to arrange something else.

Kartik reveals the importance of Naira in his life. He says they have very little time left and asks her if she will give her kidney to Naira.

He pleads in front of her to save Naira’s life. Vedika, at last, says yes and agrees to give her kidney to her.

Upcoming YRKKH episode update: Vedika agrees to give a kidney to Naira if Kartik agrees to stay with her forever and leave Naira.