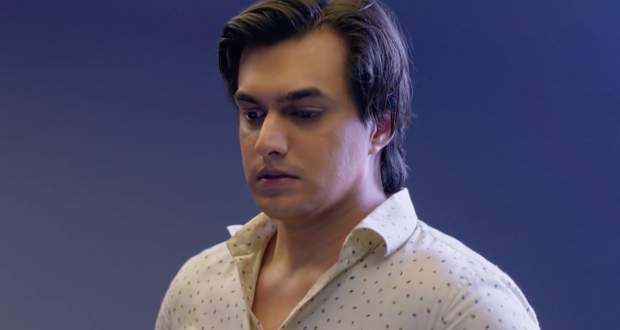 Today's YRKKH 30 Jul episode starts with Naira overhearing Manish and Akhilesh’s conversation. She gets suspicious of Sita Ji and decides to find the truth.

Kartik is missing his family while at the same time, Naira arrives there. She reveals that she has learned the whole truth and Kartik gets mad at her.

Naira blames him for being wrong while later Kartik realizes he is daydreaming. Meanwhile, Naira goes to meet Sita Ji and apologizes to her for hurting her.

She further talks about Kartik’s problem and Naira observes her changed behavior. Naksh does acting of coughing and asks Sita Ji to bring water.

Naira and Naksh enter the house and gather various clues. She finds Sita Ji receiving medicines and questions about it. Later, she finds Kundan in injured condition sleeping on the bed.

Naira goes to the police station to meet Kartik while he thinks he is again daydreaming. Naira makes him realize it is not a dream and reveals she has found out about the truth.

Naira questions him while Kartik refuses to tell the truth.  She threatens to send police at Sita Ji’s place to arrest her and Kundan. Kartik stops her and explains her situation.

He reveals that Sita Ji asked him to take Kundan’s accident blame in exchange for the money. He was forced to accept her offer to help his family. He also reveals that she was threatening to pose a threat to their reputation.

Kartik learns that Naira didn’t know anything and got him to reveal the truth. Naira is heartbroken and gets mad at him for making such a huge sacrifice.