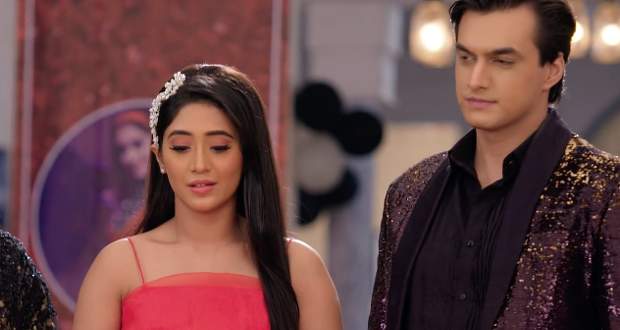 Today's YRKKH 31 Aug episode starts with Naira asking Kirti about meeting Aditya. Kirti is shocked but lies to Naira and asks her to not get suspicious unnecessarily.

Naira is still suspicious and learns from Chori that Aditya was present near Goenka as well as Singhania house. Naira asks her not to tell anyone about Aditya.

Kirti asks Aditya to leave her alone while Aditya first wants what he has asked for. He even hands an envelope to Kirti and states he is very close to attaining it.

Naira again confronts Kirti about meeting Aditya while Kirti breaks down in front of her. She asks her to not tell anyone anything about Aditya but refuses to tell the whole truth.

Naira assures her that she is there for her. Later, Kirti starts crying and is worried about her son Krish. Naksh asks Naira about her worried state while she lies because of the promise made to Kirti.

Kartik shares his feelings with Manish, who is fast asleep. He is worried about his relationship with Naira and wonders it is ok to be mad at someone you love.

Naira doesn’t want to celebrate her birthday while Kartik had lied to her about throwing the party for Manish. Akhilesh brings Kartik to celebrate Naira’s birthday.

Kartik asks someone over a phone call to bring Naira’s gift while Naksh wants him to make things right with Naira. Later, Naira cuts the cake while Kairav is attending the party over a video call.

Upcoming YRKKH episode update: Naira performs on her birthday and gets romantic with Kartik.