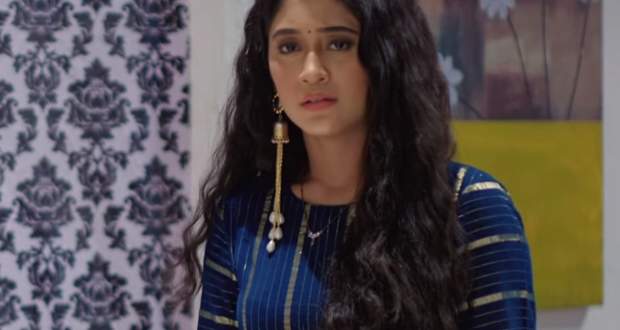 Today's YRKKH 3 Feb episode starts with Naira watching the blood-stained clothes of Trisha. The inspector wants to know where Trisha’s phone is.

The inspector later arrives at Goenka house to investigate. Luv and Kush are hiding behind the door and hear that they are going to trace Trisha’s phone.

Kairav tells Vansh that Luv and Kush are growing a tree of chips. Luv and Kush listen to it and ask them not to tell anyone about it.

Meanwhile, Kartik and Naira come to meet the truck driver and ask him questions. They realize that truck driver is speaking the truth.

Later, Naira arrives home and reveals that someone has tried to molest her. She is really upset and also tells that Trisha tried to commit suicide.

Luv and Kush stand in the corner feeling guilty. Kush wants to confess while Luv tries to stop him. Elsewhere, Naira receives the photograph of a locket and realizes it is of the molester.

Naira finds the same locket with Abhishek and tells them that the police have found the same locket in Trisha’s clothes. Surekha overhears their conversation and gets mad at Naira.

The family members get against Naira and Naira tries to prove that she didn’t mean to accuse them. Kartik also tries to console Surekha but Surekha is confident about her upbringing.