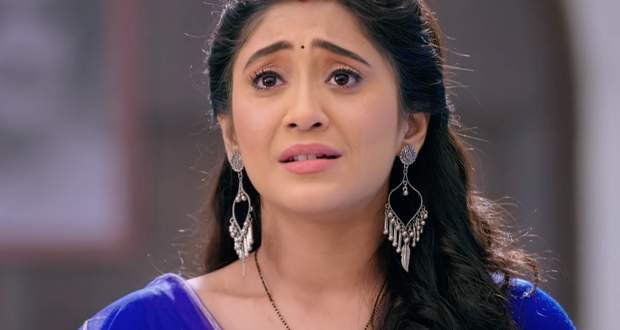 Today's YRKKH 3 Mar episode starts with Jhaberi asking for permission to call Trisha in the witness box. He calls Trisha greedy and makes personal comments about Naira getting married in a good family.

Shivani objects his statement while the judge sustains it. He suggests that Trisha is poor and got greedy when she entered Goenka house. He further reveals that Trisha wants to open a dance academy and would need money.

He insults her by saying no one can earn so much money by dancing. He further indicates that Trisha doesn’t know the real meaning of molestation.

Jhaberi says that Trisha doesn’t have any proof or witness of getting molested. Shivani doesn’t let Jhaberi insult Trisha and says they have a witness.

Shivani gets permission to present the balloon seller and he arrives in the court. Shivani first asks Trisha to narrate the story of her molestation.

He further indicates that if he can’t recall what clothes he was wearing than how can he say he saw Luv, Kush, and Abhishek. He also says that Shivani didn’t prepare the case well before coming to court.

Naira wishes to speak to the judge and says he should not be biased while declaring any decision. The judge puts a fine on Naira but gives another date of hearing.

Jhaberi confronts Naira and mocks her for not being so lucky the next time.

Upcoming YRKKH episode update: Naira finds Kairav giving a statement against her in front of media.

© Copyright tellybest.com, 2018 & 2019. All Rights Reserved. Unauthorized use and/or duplication of this material without written permission from tellybest.com is strictly prohibited.
Cached Saved on: Tuesday 7th of July 2020 01:34:47 AMCached Disp on: Thursday 9th of July 2020 09:06:03 PM