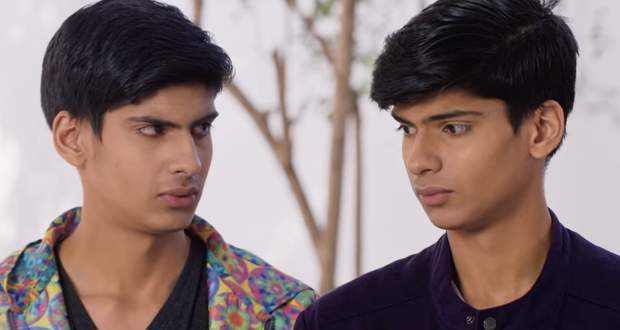 Today's YRKKH 4 Feb episode starts with Naira coming to the hospital to meet Trisha. Kartik is angry and asks the inspector to search for the culprit as soon as possible.

Abhishek wishes to put the video of molesting Trisha on the internet while Luv and Kush refuse to give the recording. He blackmails them in giving either 10 Lakh or the video.

Naira dances to vent out her frustration and seek help from Ganga to find the culprit. Later, she learns from Kairav that Luv has put a chips packet in the mud.

Naira tries to cheer Naira up and promises her that the culprit will be found soon. Meanwhile, Luv asks Kairav to get Gayu’s jewelry set and offer to help him.

Kairav enters the room to get the necklace while later Naira finds something shocking in Kairav’s school diary. Kairav confesses that he has got into a fight with many students.

The teacher has also written that Kairav’s behavior has changed. Naira gets the truth out of Kairav. Kairav reveals that he stole the necklace and in return Luv signed in Kairav’s diary.

Surekha had found the jewelry box and saved them from the family members.

Upcoming YRKKH episode update: Naira observes bad behavior in Kairav and suggests he should stay away from Luv and Kush.