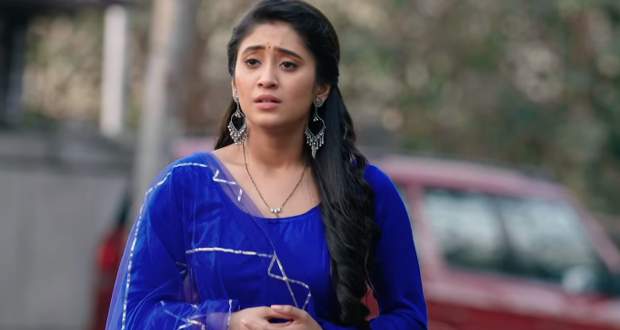 Today's YRKKH 4 Mar episode starts with Kartik learning that no data was recovered from mobiles. Mohan comes outside and apologizes for getting scared inside the court.

Mohan says he is sure that Luv, Kush, and Abhishek are culprits. The boys get scared while Jhaberi assures them that he will save them.

Naira decides to use the CCTV footage to see if the balloon seller was wearing spectacles. Meanwhile, Jhaberi talks against Naira while Manish doesn’t like him talking against her.

Jhaberi threatens to leave the case while Manish gets angry at him. Akhilesh wants to keep Jhaberi and requests Manish to not search for another lawyer.

Jhaberi calls the media and wishes to print something. Meanwhile, Kartik is about to hit by a car and Naira gets really scared. He goes to check the CCTV footage.

Jhaberi tells the Goenka family that he has called the media and wishes to spoil Naira’s image. Meanwhile, Kartik and Naksh find the CCTV camera and search for the footage.

Jhaberi meets Kairav and manipulates him against Naira. Jhaberi keeps the Goenkas inside the house and sends Kairav to talk to the media. Naira witnesses this while the media questions him about his mother.

Kairav states that he doesn’t want to go to her mother as she might send him to the police.

© Copyright tellybest.com, 2018 & 2019. All Rights Reserved. Unauthorized use and/or duplication of this material without written permission from tellybest.com is strictly prohibited.
Cached Saved on: Tuesday 7th of July 2020 06:41:04 PMCached Disp on: Thursday 9th of July 2020 03:52:03 PM