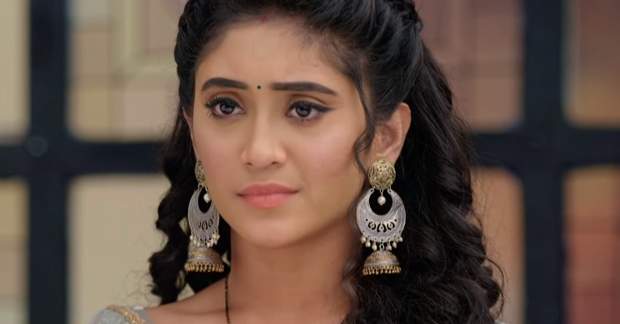 Today's YRKKH 5 Feb episode starts with Kairav promising that he will not lie to his parents. Naira and Kartik decide to take extra care of Kairav.

Naira is still confused about Surekha’s confession about the jewelry. Kartik gets angry at Naira for talking about it. Meanwhile, Surekha learns that Abhishek is blackmailing Luv and Kush.

Luv lies that Trisha slapped him and Abhishek made a video of it. He reveals that Abhishek wants 10 Lakh rupees in exchange for the video.

Naira witnesses Surekha giving a check to Luv and Kush. Surekha lies that she is giving fees for the photography course. Later, Kairav refuses to do house chores and says they are for girls.

They further receive a call from Kairav’s teacher complaining against Kairav. She reveals that he is behaving badly and thinks girls and boys have different duties.

Kartik and Naira make Kairav understand that there is no difference between girls and boys. Naira is worried about Kairav and also thinks Luv and Kush influence him.

Later, Kartik catches Kairav hitting balls to a servant along with Luv and Kush. Later, Akhilesh gets angry at Luv and Kush while Surekha defends their actions.

Naira says Surekha is right and Kairav should stay away from Luv and Kush. Surekha takes her statements in a wrong way while Kartik also thinks Naira is wrong.

Kartik consoles Naira in believing that they will make Kairav understand what is right or wrong. They get into an argument over separating the kids.

Upcoming YRKKH episode update: Trisha gets conscious while Luv and Kush reach in her room.