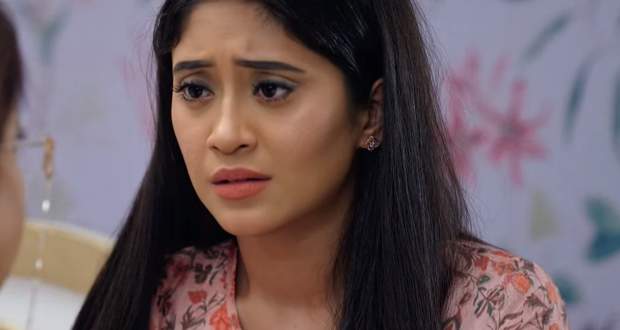 Today's YRKKH 6 Jan episode starts with Naira remembering the time when Kartik revealed the truth. He reveals how Vedika asked to not divorce her and then saved her life.

Kairav comes and meets Naira to enquire why she didn’t come to Goenka house. Later, Suhasini arrives in her room and Naira sends Kairav to make soup.

Suhasini apologizes to Naira while Naira says she thinks that there is some secret behind the surgery. She reveals the conversation of nurses and that only Pallavi always took care of Vedika.

She even reveals that her medicines are also different from Vedika. Suhasini is also suspicious as Pallavi also refused to go to another hospital.

Suhasini wants to tell Kartik while Naira says they need to find a solid proof first. Naira is adamant to save Kartik from the wrong people and torture.

Vedika and Pallavi talk about some Umesh Gupta over call and Suhasini hear their conversation. Pallavi wants Vedika to meet Umesh Gupta.

Suhasini gives this information to Naira while Naira asks Suhasini to keep Vedika busy at home. Later, Suhasini acts of feeling guilty for her behavior in front of Vedika.

Suhasini asks Vedika to arrange a party for the kids for Christmas. She further asks Vedika to call the person she wants to meet at home. Vedika doesn’t want Naira to come home along with Kairav. Later, Naira decides to enter the party as Santa.