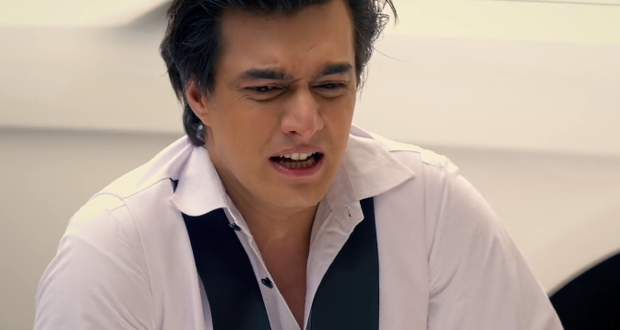 Today's YRKKH 7 Aug episode starts with Naira getting suspicious of a strange man. Kartik meets the investigator and gets mad at him for coming near his house.

Gayu and Samarth continue to fight while Suhasini wonders where Naira is. Meanwhile, Naira follows the ward boy and wants to find the truth.

The ward boy tells Kartik that his daughter was alive and that sister Leela told him not to reveal the truth. Kartik gets mad at the ward boy for not helping his daughter.

The ward boy reveals something else too that leaves Kartik heartbroken. Elsewhere, Suhasini wants Samarth and Gayu to not fight and stay for the celebration.

Kartik reveals the whole truth of nurse Leela selling their baby. He further reveals that the man who bought their daughter learned she has died. He handed the baby to ward boy who did last rituals of their daughter.

Naira is shattered to learn the truth and shares her grief with Kartik. Later, they return home and Suhasini asks them to dance for Gayu. Naira and Kartik dance with a heavy heart for Gayu’s happiness.

Kartik tries to cheer Naira up while Naira tells him she is ready to have a baby.

Upcoming YRKKH episode update: Naira and Manish get distracted by the mud on their windshield and meet with an accident.