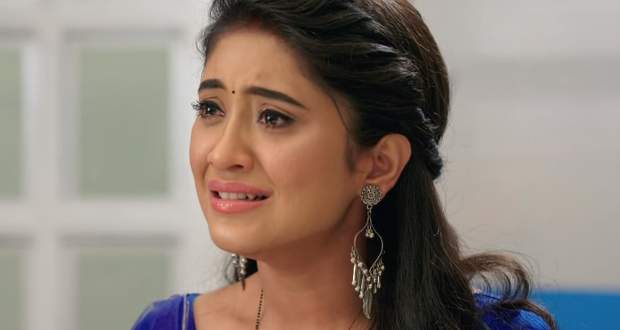 Today's YRKKH 7 Mar episode starts with Naira thinking about Jhaberi and his threats. She finds Kartik in critical condition but is asked to move out of his room.

Later, she finds Jhaberi coming to the hospital and gets angry. Jhaberi meets the Goenkas and asks to help if they need any specialized doctors.

Naira accuses him of being responsible for Kartik’s condition and then acting innocent. She says she has got the news while Jhaberi still tries to defend himself.

Jhaberi suggests Naira take rest as she is not mentally stable. Goenka family members also take Jhaberi’s side while Manish is suspicious of his actions.

Naira learns that police have found the driver and he has admitted the crime. He has also admitted doing everything on Jhaberi’s demand. Surekha comes and says Naira should concentrate on Kartik rather than the case.

She also defends Jhaberi and says it is only Naira’s fault. Later, in court Shivani asks for permission to call the truck driver while he lies that he didn’t cause an accident.

However, Shivani has the video of the truck driver admitting to working on Jhaberi’s orders. The truck driver says he has said everything after getting tortured.

Jhaberi calls the police inspector Kapil Raj who tried to make an innocent admit to a crime. Naira again speaks in the court and says Jhaberi and truck driver were talking through gestures.

Naira accuses Jhaberi and also holds him by his collar. Kartik’s condition gets critical while Jhaberi tries to prove that Naira is mentally unstable.

Upcoming YRKKH episode update: Jhaberi accuses Naira of leaving her husband and acting of being dead.