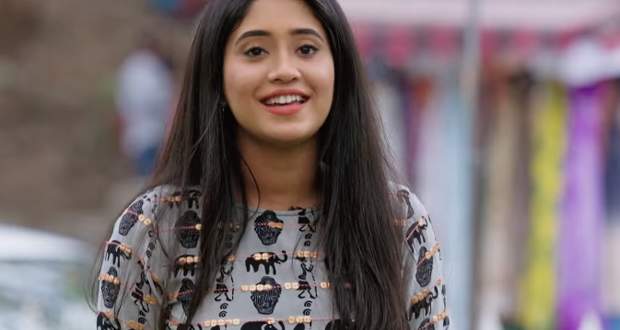 Today's YRKKH 8 Jan episode starts with Naira searching for Umesh Gupta on internet. She discovers some post about having one kidney. Meanwhile, Vedika is suspicious that Naira came for the party.

Kairav reminds Kartik that he has to come to meet coach along with Naira. Vedika says that she will also go along with Kartik.

Suhasini tells Naira that Pallavi has come to meet Vedika. Naira hears their conversation with the help of Suhasini and decides to follow Pallavi to the hospital.

She asks Suhasini to stop Pallavi from leaving but she leaves. Meanwhile, Pallavi asks Umesh to come meet him at the hospital. Naira reaches the hospital to gain proof and finds Umesh there.

Naira decides to hide from everyone so that Pallavi and Vedika don’t get alert. At the same time, Vedika is upset with Kairav talking non stop about Naira.

She gets mad at Kairav while Kartik warns Vedika of not talking rudely with his son. He further says that he is physically present with her but emotionally is with Naira and Kairav.

Naira learns that Umesh Gupta has donated the kidney instead of Vedika. Naira is sure that Vedika was planning to stay with Kartik for a long time.

Kartik imagines Naira in the ground and smiles. Later, Naira arrives and Kairav gets excited to see her. Vedika gets upset to see them together. Vedika says Naira has to manage for few days as she is going out with Kartik for honeymoon.

© Copyright tellybest.com, 2018 & 2019. All Rights Reserved. Unauthorized use and/or duplication of this material without written permission from tellybest.com is strictly prohibited.
Cached Saved on: Thursday 30th of January 2020 08:02:50 PMCached Disp on: Wednesday 19th of February 2020 02:02:44 PM