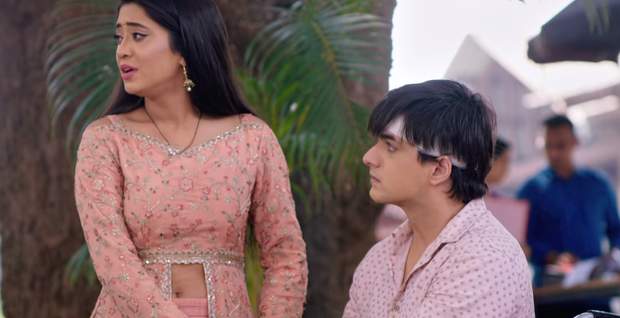 Today's YRKKH 9 Mar episode starts with Jhaberi accusing Naira of having hallucinations. Naira is adamant to bring the truth out while Jhaberi accuses Naira of running off from the house.

He also suggests that Kartik would also agree that she has emotionally tortured him and his family. Kartik arrives in court at the same time and takes Naira’s side.

Kartik declares that Naira has not done anything wrong while accuses the truck driver of hitting him. He also says Abhishek is Jhaberi’s son and is involved in the case. The truck driver tries to run while he is caught by the police.

He confesses that he hit Kartik by mistake and no one is involved in it. Jhaberi is proved innocent while the truck driver gets punished.

Naira is happy to see Kartik well while Jhaberi says he won’t fight for the Goenkas. He suggests Naira is mentally unstable and asks them to search for another lawyer.

Later, Naira learns that Kartik might not be able to walk again. She gets devastated while Suhasini also overhears this. She accuses Naira of Kartik’s condition.

Kartik tries to defend Naira but Suhasini still blames Naira. Later, Kartik tries to console Naira and they share some emotional moments. Meanwhile, Manish is sure that Jhaberi has done wrong with them while Surekha is worried about a new lawyer.

Naira gets scared for her family as Jhaberi can do anything. Later, Kairav motivates Kartik for walking and also apologizes for his mistakes. Kartik says his mother loves him and that he should stay happy.