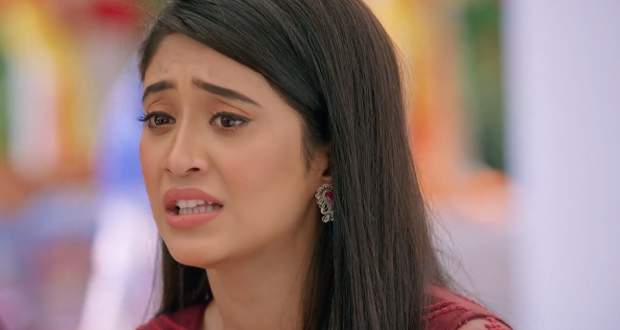 Today's Yeh Rishta Kya Kehlata Hai (YRKKH) 9 Nov episode starts with Kartik and Manish coming to see if Aditya is alive. They hear police sirens and decide to save their kids at any cost.

Naira, Kirti, and Gayu try to console their kids and ask them to not fear. Naira remembers her own situation and asks kids not to lose hope.

Naira praises Kairav for telling the truth while later she fears that she might not be able to save Kairav from the murder case.

Naira learns from Kartik that police have arrived at the scene. Meanwhile, Manish doesn’t want to involved in the case and wishes to take measured steps.

Naira is not able to communicate with Kartik and decide to go to the temple along with Kirti. Kairav and other kids pray to go to make things right.

Manish and Kartik get into discussion while the police ask about their worried state. The police want to know if the white car belongs to them.

Naira and Kirti come there and Kartik gives them a signal to not say anything. Naira and others argue after the police leaves while a constable reveals someone is on the ground.

Naira and Kartik are relieved that Aditya is not dead. Aditya gains consciousness and points fingers at Kartik and Naira. He says their kids have pushed him.

Upcoming YRKKH episode update: The police say that Kairav is at fault.

© Copyright tellybest.com, 2020, 2021. All Rights Reserved. Unauthorized use and/or duplication of any material from tellybest.com without written permission is strictly prohibited.
Cached Saved on: Friday 6th of August 2021 02:00:16 AM