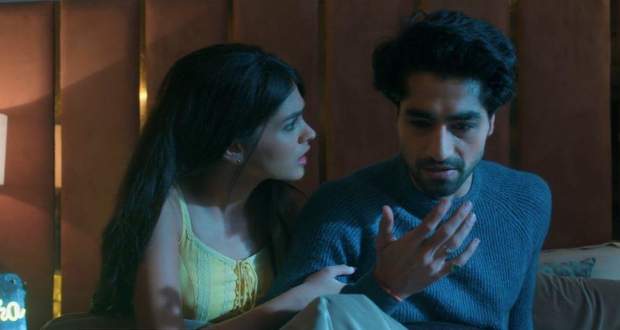 However, Suhasini tells Swarna that Anisha is saying all this to save face. Just then Abhimanyu and Akshara arrive at the house.

Akshara clears the confusion while Abhimanyu asks Suhasini whether she really wants Anisha to be Kairav’s wife then think of it now instead of always doubting Anisha.

Manish tells Abhimanyu that this is not the case while Mahima also tells them that in a new relationship things often look fumbles but get better with time.

Akshara also tells Abhimanyu that Suhasini does not mean ill will but there was a minor confusion which got out of hand but now it is over.

Akshara recalls the man in the hospital but let it go as she is not sure.

Akshara changes the topic to Abhimanyu’s surgery and Rakshabandhan.

Anisha offers to get the Thaliyan and takes her phone with her.

Meanwhile, Manjari questions Abhimanyu for being rude to Suhasini and tells him that Suhasini is old and will take time in getting her mind made up.

Meanwhile, Akshara decides to talk to Anisha later but overhears her conversation with her lover and gets shocked.

Anisha was telling her lover that she is only marrying Kairav so that her wife does not suspect him and that they will continue the affair after marriage as well.

Just then, Akshara comes in looking shocked and tearful.

Hearing Abhimanyu's love for Anisha Akshara feels sad for him.

Keeping everything under wraps, Akshara also joins the celebration.

Just then Anand and Dr Kunal Khera arrive at the Goenka house while everyone welcomes him and expresses their gratitude for giving them hope.

After a while, all the sisters dance and makes their brother sit to tie the Rakhi.

Dr Kunal Khera misses her sister whose name he had tattooed on his hand.

Akshara gets emotional and promises Kairav that she will always stand by Kairav in his time of need and will never allow anyone to hurt him.

Akshara decides not to give any stress to Abhimanyu before his surgery but resolves to have a talk with Anisha that very day.