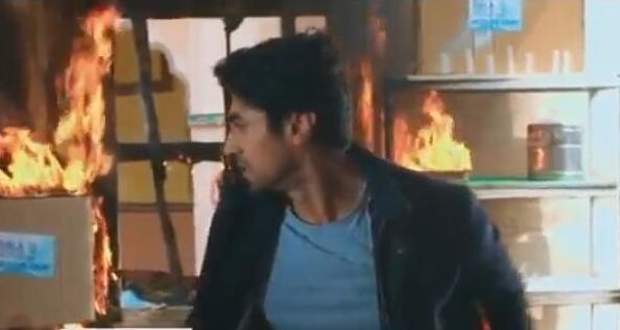 Today's Yeh Rishta Kya Kehlata Hai (YRKKH) 10 December 2021 episode starts with Abhimanyu watching both Arohi and Akshara doing their work in the camp and he thinks about moving on from Akshara.
A kid was afraid to take the injection from Arohi so Abhimanyu gives him chocolates to distract him but it doesn’t work.
Then Akshara comes to the rescue and distracts the kid with a teddy bear which becomes successful in helping Arohi.
Abhimanyu leaves in distress as he finds it impossible to move on from Akshara after watching her.
Neil talks to Akshara and asks her if her moving on from Abhimanyu was real, but Akshara doesn’t tell anything.
The kids try to steal chocolates and Arohi catches them and takes the chocolates away from them.
Afterward, Akshara sings with her guitar at the request of the kids while they dance around her.
Abhimanyu watches her and leaves as he can’t help but fall for Akshara if she is in front of him.
Suddenly, a fire breaks out and two kids get stuck inside, Akshara spots the fire first and calls for help.
Neil tries to arrange for water while Abhimanyu runs into the fire to save the children.
Abhimanyu somehow manages to save the kids but he gets stuck inside in the fire.
Akshara jumps into the fire to save Abhimanyu and finds him lying unconscious.
She hugs Abhimanyu and pleads him to wake up.
Akshara and Abhimanyu both get stuck in the fire while others try to put out the fire somehow.

© Copyright tellybest.com, 2020, 2021. All Rights Reserved. Unauthorized use and/or duplication of any material from tellybest.com without written permission is strictly prohibited.
Cached Saved on: Friday 21st of January 2022 03:59:00 PM