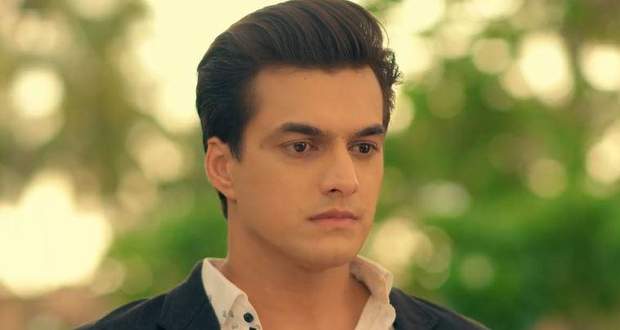 Today's Yeh Rishta Kya Kehlata Hai (YRKKH) 10 June 2021 episode starts with Kartik overhearing Kairav and Vansh talking about his second marriage and feels glad that Kairav also has the same thoughts as him.

Further, he remembers sweet moments with Naira while Sirat and Ranvir arrive there.

He goes to shower while Kairav sits with Sirat and tells her that he doesn't want a stepmother.

She tries to convince him while Kartik comes there and agrees with Kairav saying that he can never move on from Naira.

Sirat sets the table for Shreya and Kartik's meeting while she tries to convince Kartik to dress nicely.

She pesters him to change his shirt and accidentally blurts out that she has fixed a meeting with Sherya for him.

He gets angry and tells her that he doesn't want to marry while she keeps trying to convince him.

She accidentally knocks Naira's picture while Kartik manages to catch it.

He gets angry at Sirat and tells her to get out of his room.

She tells angry and vents out her anger while ordering Ranvir that they are going home.

Meanwhile, the family tells Kartik that Sirat was just trying to make him happy as he goes to apologize to her.

He manages to convince her to stop the idea about his marriage with Ranvir's help and tease her.