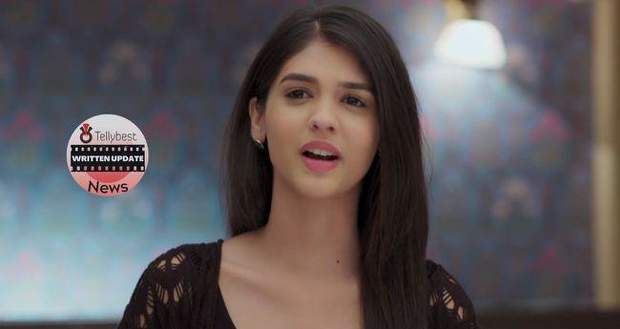 Today's Yeh Rishta Kya Kehlata Hai (YRKKH) 10th September 2022 episode starts with Akshara threatening Dr Kunal of destroying everything if he tries to stop her from going to Abhimanyu.

Later, Akshara rushes to Abhimanyu and cries while hugging him and trying to wake him.

Akshara tells Abhimanyu that her Akshu will not let anything happen to him and calls the driver and puts Abhimanyu in the car and insist on driving the car.

Dr Kunal is left behind and wonders what is between Akshara and Abhimanyu they always find each other.

Meanwhile, Akshara is talking to Abhimanyu and tells him that she will not let anything happen to him.

Meanwhile, Dr Kunal is angry at Akshara for breaking his condition of not meeting Abhimanyu until she makes Maaya a star and vows to not let their love come between Maaya’s dreams.

In the meantime, Akshara reaches the emergency and informs the doctor about Abhimanyu’s condition.

Meanwhile, Manjari is having a weird feeling and wonders what could be the cause.

On the other hand, Dr Kunal is trying to take a lift from a passing car while worrying about Abhimanyu waking up to find Akshara with him.

At the hospital, Akshara tells Abhimanyu that he will have to wake up as she has to face his anger and explain her reasons for leaving her and then doing hundred different things with him.

At the Birla house, Harshvardhan gives some files to Manjari and thanks her for letting him be a part of this family despite their divorce.

Observing Manjari’s distress, Harshvardhan tells her that if she is feeling something off then there must be something wrong.

Meanwhile, Akshara messages Manjari that Abhimanyu had an accident and she has brought him to the City hospital.

Seeing the message Manjari gets worried while Harshvardhan and Anand tell her they will immediately leave for Jaipur and nothing will happen to Abhimanyu.

On the other hand, Dr Kunal is trying to find Akshara by calling hospitals.

On being told about Abhimanyu's stable condition, Akshara asks the doctor to not mention to anyone that Abhimanyu’s wife has brought him there.

Later, Akshara is surprised to find her lost note with Abhimanyu's jacket and promises him that now she will not leave him no matter what.

Meanwhile, Manish overhears Aarohi thinking about Abhimanyu’s call regarding Akshara and wonders the reason behind it.

In the meantime, Maaya calls Dr Kunal about not coming back yet and asks him if anything is wrong.

Later, Akshara comes to Abhimanyu and talks to her about her time away from him and tells him that fate has brought them back together and she is ready to give her answers to him.

© Copyright tellybest.com, 2020, 2021. All Rights Reserved. Unauthorized use and/or duplication of any material from tellybest.com without written permission is strictly prohibited.
Cached Saved on: Saturday 1st of October 2022 09:07:40 PMCached Disp on: Sunday 2nd of October 2022 12:02:17 AM