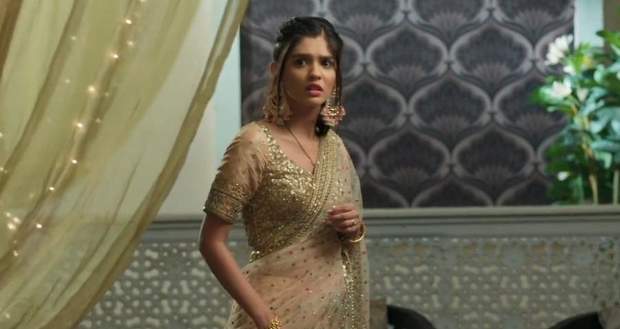 Meanwhile, Kairav presents Akshara with music academy classes so that she can teach the underprivileged children just like their mother.

Abhimanyu praises the gift a lot and tells Akshara that once the world hears Akshara's voice then there will be a blast.

Just then Harshvardhan sends the intemirity form to Abhimanyu to sign so that if anything happens to him during the operation then the doctor will not be blamed.

Anisha hugs Abhimanyu and tells him that she has prayed for Abhimanyu to get better.

Later, Anisha goes to get the cake for Abhimanyu and Akshara offers to come with her.

Akshara questions Anisha for betraying Kairav while planning to continue the affair after marriage.

Anisha tries to deny Akshara while Kairav comes in and tells Anisha that no one has forced her to marry him but bringing herself back and dramatising the whole thing was unnecessary when there was no relation between them for so long.

Anisha tried to defend herself but Kairav stops her while Akshara leaves.

Meanwhile, Abhimanyu pranks Akshara and later tells her he is relieved after Dr Kunal’s assurance.

On the other hand, Akshara feels burdened with the secret and goes away before she says anything to Abhimanyu.

After a while, Akshara comes to Kairav and apologises to him for not telling him before while Kairav is hurt that Anisha has planned to betray him.

Elsewhere, Anisha cries to Abhimanyu and tells him to tell everyone that she cannot marry Kairav.

Abhimanyu gets worried and asks her what has happened while Manjari comes in and tells Abhimanyu that she knows the reason.

Meanwhile, Kairav is feeling dead from the inside and tells Akshara that he has started dreaming about this new relationship and now it is hurting him.

Kairav also tells Akshara that trust is the base of any relationship and Anisha has betrayed that trust by planning and plotting to cheat him which is unacceptable.