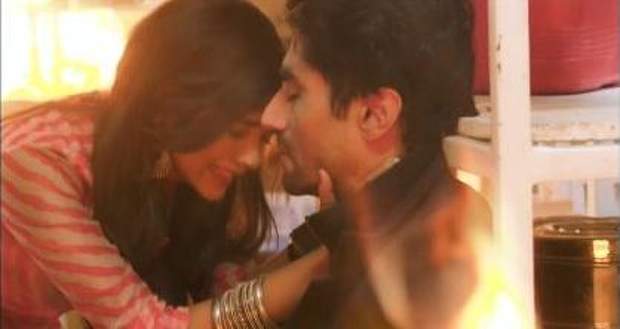 Today's Yeh Rishta Kya Kehlata Hai (YRKKH) 11 December 2021 episode starts with Akshara regaining consciousness to save Abhimanyu as both were stuck in the fire at the camp.
Akshara wears a doctor coat and wraps a cloth around her mouth to protect herself from the fire and wraps Abhimanyu in a carpet to drag him out of the fire.
Meanwhile, Abhimanyu faintly looks at Akshara but only sees a glimpse of the doctor’s coat.
Akshara breaks the wall and rescues Abhimanyu out of the fire.
Arohi comes to them and takes them to a safe place. Akshara urges her to go back to Abhimanyu and treat him.
Abhimanyu opens his eyes and sees Arohi sitting beside him while Akshara was coughing due to smoke at another place.
Abhimanyu asks where Akshara is and Arohi informs him that she is fine.
He thanks Arohi for saving his life. Arohi gets surprised hearing that but doesn’t disclose the truth to him.
She further informs him that Akshara has already left which breaks Abhimanyu’s heart.
Both Abhimanyu and Akshara wander around but miss each other.
Arohi tells Akshara to return home and boards her into the car.
Both the Goenkas and Birlas find out about the incident and become worried.
Akshara comes back home and assures the family members that she is perfectly fine.
On the other hand, Abhimanyu, Neil, and Arohi arrive at Birla’s house.
Abhimanyu while entering the house faints suddenly and, Neil and Arohi catch him.