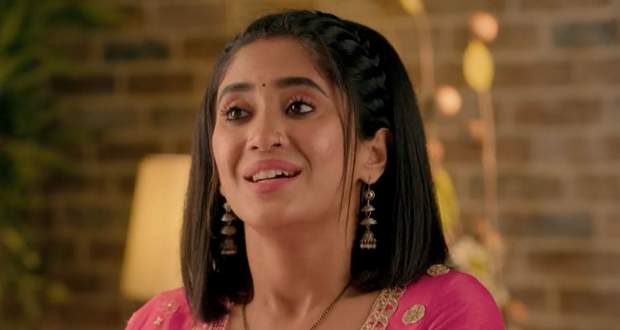 Today's Yeh Rishta Kya Kehlata Hai (YRKKH) 12 June 2021 episode starts with Sirat getting a call from Ranvir and sending him her location so that he can pick her up.

Meanwhile, Kartik and Sirat apologize to each other and talk about Naira while he tells her to close her eyes and see whom she loves the most.

She closes her eyes and the past flashes before her eyes after which she sees Kartik making her baffled.

She opens her eyes to see Ranvir and he offers Kartik to drive him home.

However, Kartik sees Sirat being tensed and gets hesitant while his car comes there.

They leave in their car after which Sirat requests to make their honeymoon longer and he happily agrees.

Elsewhere, Kartik informs Kairav about Sirat going away for one week and he calls her saying that he will miss her.

He tells her that he wanted to learn boxing from her as he has a competition while she apologizes to him.

Kartik takes the phone and tells her not to worry while she cuts the call.

Later, Sirat and Ranvir are about to leave while Saroj faints making them worry.

Kartik gets an offer from the Udaipur boxing club and he calls Sirat as he wants to include her and Ranvir in the deal.