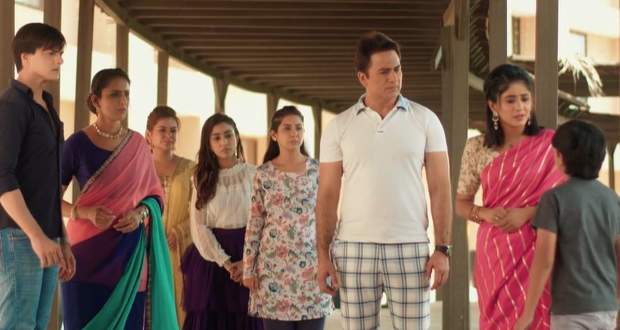 Today's Yeh Rishta Kya Kehlata Hai (YRKKH) 12 May 2021 episode starts with Ranvir and Sirat feeling happy with each other and thanking Kartik for reuniting them.

Later, Kalavati requests Sirat to reconsider her decision and tells her that she should think about Goenka's family as well.

Further, Manish gets angry with Kartik but Sirat interrupts in between and defends herself by saying that she cares about Kairav a lot.

At the same time, Kairav overhears everyone and asks Sirat what are they hiding from him.

Luckily, Sirat manages the situation and tells Kairav that they were planning a surprise for him.

Further, everyone enjoys a small party organised for Kairav.

In the twist of events, Ranvir comes to meet Sirat and Kairav brings a handmade gift for her.

But, Ranvir falls in trouble as few security authorities catch him.

Kartik comes to their help but everyone gets shocked on seeing Kairav.