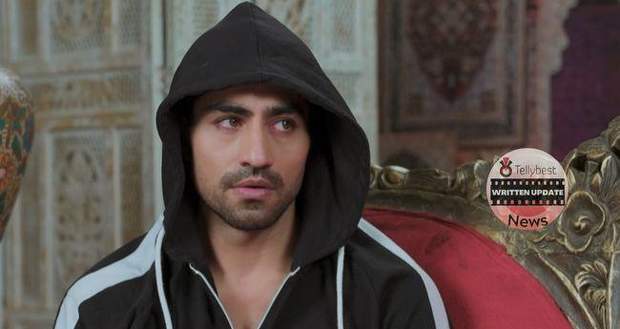 Today's Yeh Rishta Kya Kehlata Hai (YRKKH) 12th September 2022 episode starts with Akshara asking Abhimanyu to wake up when a nurse comes to ask Akshara to get the medicines.

Meanwhile, Dr Kunal comes to the same hospital asking for Abhimanyu and rushes to his room.

Just then, Birlas also arrives at the hospital.

Meanwhile, Akshara is shocked to see Dr Kunal in front of her.

On the other hand, Manjari is heartbroken to see Abhimanyu lying helplessly on the bed and thanks God that he is safe now.

Later, Manjari blames Akshara for being the cause of Abhimanyu’s accident.

In the meantime, Dr Kunal tells Akshara that she has broken her promise and that's why they need to talk.

However, Akshara tells him that she has not broken any promise nor has she refused to sing for Maaya. She has not gone looking for Abhimnayu but this does not mean that she will leave him alone when his life is in danger.

Dr Kunal does not want Akshara here and tells her to come with him now that she has seen Abhimnayu’s well-being.

However, Akshara is not so easily deterred and shames Dr Kunal for forgetting his oath when it comes to Maaya’s happiness.

Akshara remembers Dr Kunal’s manipulation one year ago and tells him that at that time she was helpless but not today.

In Abhimanyu’s room, Manjari blames Akshara for being responsible for Abhimanyu's condition.

Seeing Akshara walks toward Abhimanyu, Dr Kunal once again tries to convince Akshara to not leave in the middle.

He tells her that Abhimanyu will destroy everything once he finds out her reason for being away.

Akshara assures him that she will convince Abhimanyu and he will not interfere between her and Maaya but Dr Kunal is sceptical.

Mahima wonders what will Abhimanyu do if Akshara comes back into his life while Manjari tells her that Abhimanyu will turn his face away from her.

Akshara overhears Manjari’s conversation and becomes disheartened. She recalls Dr Kunal’s words and then Manjari’s and goes to cry in a storage room but locks herself inside it.

Later, the doctor tells the Birla's about some girl (Akshara) saving Abhimanyu's life.

At the hotel, Maaya becomes hysterical to see Akshara absent and asks him to get Akshara back by hook and crook.

Just then, Dr Kunal gets the call from reception about someone calling Akshara’s intercom since morning making him wonder.

Elsewhere, Akshara is trapped in the room and scolds herself for thinking that everything will go back to normal once she returns back to them but she will not give up on Abhimanyu.

Just then, Abhimanyu wakes up and is surprised to see Manjari there.