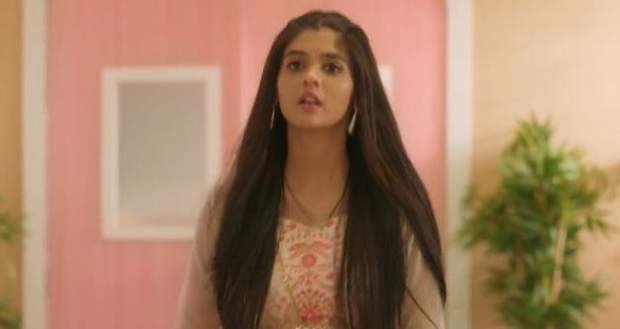 Akshara asks him whether he left it at the OT or dropped it somewhere and he tells her that it must be somewhere outside OT.

Meanwhile, Aarohi is boasting to herself to show Abhimanyu who is better.

As Akshara is about to leave, an attendant comes with Abhimanyu's ring and tells her that he found it outside the MRI room.

After a while, the nurse informs Abhimanyu of Vihan’s worsening condition.

Meanwhile, Kairav shares with Swarna that he feels Aarohi is not over Abhimanyu and compares every proposal with him and her competitive nature worries him.

In the meantime, Abhimanyu tries to stabilise him while Vihan’s parent’s anger is rising with every passing moment.

At the same time, Aarohi sees Vihan’s condition and realises she had given the wrong injection to Vihan.

Aarohi is running away in worry when she collides with Akshara.

Akshara is surprised to see Aarohi so worried when she hears a nurse telling another nurse that the pulse of Abhimanyu’s patient is dropping.

Meanwhile, Swarna tells Kairav about the guy from London and tells him that this should not worry him.

Kairav tells her that Aarohi should marry for the right reason and not because she wants to get better from Akshara.

Later, Akshara sees Abhimanyu surrounded by people who are putting allegations against him for negligence.

Abhimanyu tries to tell them that he needs to treat the child but his parents threaten him.

Akshara calls the security while Anand and Neil try to control the threatening mob.

Abhimanyu forcefully goes inside and after checking Vihan’s file calls the nurse who gave the medicine to Vihan.

Aarohi stops the nurse on the way and threatens her to not take her name in front of anyone.

Akshara overhears Aarohi’s conversation with the nurse and questions Aarohi about causing Vihan to collapse.

Abhimanyu goes to perform the surgery.

Akshara shames Aarohi for not taking responsibility for her action.

Aarohi emotionally blackmails Akshara saying Abhimanyu is the owner of the hospital and will not be punished while her career will end.

© Copyright tellybest.com, 2020, 2021. All Rights Reserved. Unauthorized use and/or duplication of any material from tellybest.com without written permission is strictly prohibited.
Cached Saved on: Saturday 1st of October 2022 12:09:59 AM