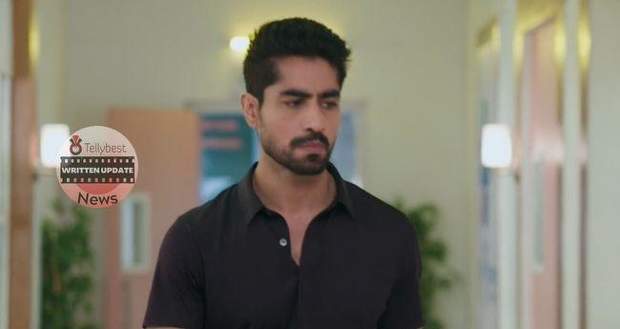 Today's Yeh Rishta Kya Kehlata Hai (YRKKH) 13th October 2022 episode starts with Abhimanyu expressing his happiness at Manjari’s return while Manjari tells them that they will have to perform the Dusshera veneration together.

Akshara feels sad at having to live in her home like a guest and feels nostalgic about her past.

After a while, Manish calls Akshara to find out how she is settling in Jaipur.

Manish feels relaxed talking to Akshara while Aarohi tells them that Akshara enjoys being the centre of attention.

However, Swarna sympathises with Akshara's pain and tells Aarohi that it is difficult for them to comprehend what Akshara is going through.

At the Birla house, Akshara tells Birlas to pretend to be happy with her in front of Manjari.

She also tells them to not disclose her presence in the house to others.

Harshvardhan assures her that they will do as she says because her presence is more than enough in the house.

After a while, Neil comes to thank Akshara and assures his support whenever she needs it.

Meanwhile, Vansh and Aarohi argue with each other about her relationship with Neil and how Akshara’s issues are affecting her life.

Just then Manish comes there and asks them their reason for the conflict.

Aarohi lies to Manish about their arguments but Manish senses it and prays that Aarohi does not ruin her life with her rash decisions.

Elsewhere, Mahima mocks Akshara for coming to Birla's house and thinking that her music therapy has brought Manjari out of Coma.

She also tells her that Manjari will throw her out once she finds out about her and Abhimanyu’s divorce proceedings.

Meanwhile, Neil is on a video call with Aarohi expressing his happiness about Manjari’s return from the hospital and hiding about Akshara's presence in the Birla house.

However, Aarohi senses that Neil is hiding something from her and becomes curious.

Just then Jaipur music academy calls on Goenkas's landline to pass on some message to Akshara which makes Aarohi suspicious.

After a while, Abhimanyu comes to Manjari’s room to find Akshara readying Manjari and praises Manjari’s beauty while putting Kohl on her to keep her safe from the evil eye.

Abhimanyu looks appreciatively at Akshara and recalls all the past moments when they wore matching outfits on several occasions.

Manjari signals Abhimanyu to put a kohl mark on Akshara too while Neil and Nishtha come to take Manjari downstairs.

Later, Goenkas and Birlas perform the Dusshera veneration in their homes.

Meanwhile, Mahima in her animosity towards Akshara plants Abhimanyu's divorce papers on the table where Manjari can see them.

© Copyright tellybest.com, 2022, 2023. All Rights Reserved. Unauthorized use and/or duplication of any material from tellybest.com without written permission is strictly prohibited.
Cached Saved on: Monday 21st of November 2022 06:19:42 AMCached Disp on: Friday 9th of December 2022 04:09:05 AM