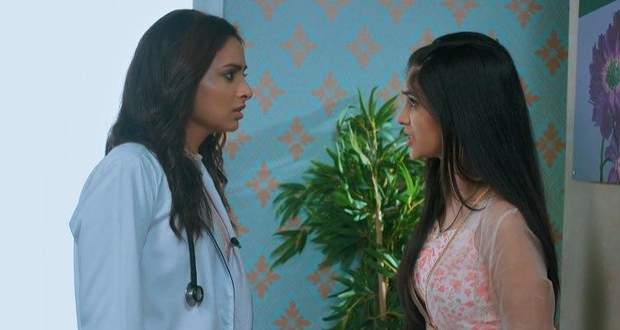 Today's Yeh Rishta Kya Kehlata Hai (YRKKH) 14th July 2022 episode starts with Aarohi telling Akshara that Abhimanyu will save the patient but if the authority finds out about her involvement in this case then they will take away her practice license.

Aarohi begs Akshara to save her but Akshara tells Aarohi that they will go and tell Abhimanyu because he should not be blamed for something that he has not done.

When begging and requesting do not work then Aarohi questions Akshara’s loyalty and that she is taking revenge on her and is jealous that she is a doctor and not her.

Aarohi's words hurt Akshara but she drags Aarohi to the OT without another word.

Meanwhile, Abhimanyu has managed to save the child and tells Anand that it was a drug allergy.

Aarohi once again pleads with Akshara to let the matter go as everything is ok now.

Abhimanyu asks for nurse Meena to come so that he could find out who has given the wrong injection to Vihan.

Akshara tells them that Aarohi is the one who gave the wrong medicine to the child.

Abhimanyu calls the doctor meeting in the board room.

After venting anger at Aarohi for putting a patient's life at risk, Abhimanyu fires her from the hospital along with cancelling her license for one year.

Abhimanyu also tells Aarohi that before this he always thought that she is a very good doctor but now he knows that she is a danger to patients.

Aarohi wishes that Akshara helps her in changing Abhimanyu's mind.

Akshara tells everyone that Aarohi has committed a mistake but carelessness has been done so she expects that Aarohi will be punished accordingly and will not be given more or less punishment for being her sister.

Later, Goenkas are waiting for Aarohi at home and feeling frustrated at Aarohi's behaviour for trying to keep the truth from everyone.

Aarohi comes home and gets angry at Akshara for relaying her news of termination before she could reach home.

© Copyright tellybest.com, 2022, 2023. All Rights Reserved. Unauthorized use and/or duplication of any material from tellybest.com without written permission is strictly prohibited.
Cached Saved on: Wednesday 25th of January 2023 06:12:42 PMCached Disp on: Sunday 5th of February 2023 12:58:53 PM