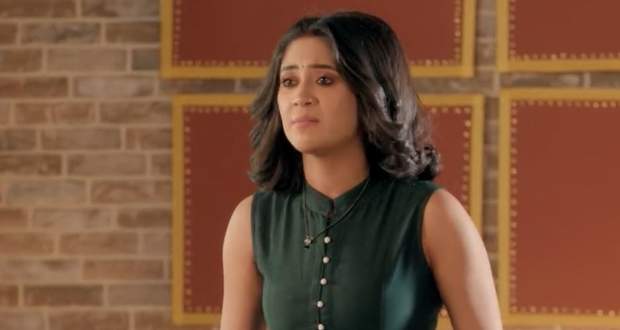 Sirat gets frustrated with herself and accidentally hits Ranvir whom she apologizes to.

Maudi informs Kartik that Sirat and Ranvir didn't go for their honeymoon and he decides to go there.

He goes there while Sirat gets hesitant to see him.

Ranvir welcomes him and talks about his mother getting ill right before they leaving for their honeymoon and Kartik realizes that Sirat lied to him.

She goes to another room while Ranvir goes after her.

She tells him that she's having a headache while Kartik overhears them.

He informs that he has good news for her while Ranvir records a video to capture Sirat's expressions.

Kartik informs about sponsoring the girl's boxing academy and making Sirat the inspiration for other girls.

However, she refuses the offer saying she has to focus on her practice for the national match.

Later, Kartik informs the news to Manish while Suwarna says that she must have another reason for declining.

Meanwhile, Ranvir confronts Sirat and asks her why she didn't accept the deal and made Kartik upset.