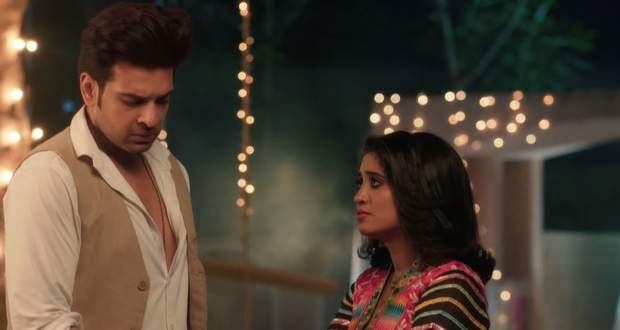 Today's Yeh Rishta Kya Kehlata Hai (YRKKH) 15 May 2021 episode starts with Kartik and Kairav missing Sirat but Kartik consoles Kairav by saying that everything happens for a good reason.

Further, Ranvir pours out his heart to Sirat and proposes to her for marriage.

He tells her how much he loves her and apologizes for not being with her for two years.

At the same time, Kalavati calls Sirat and she gets worried as she hears about Kairav's medical tests.

Ranvir gets upset as Sirat ignores him because of the call but later she convinces him and tells him that she is ready to get married to him.

Meanwhile, Kartik organizes a game and everyone enjoys playing it but somewhere Kairav misses Sirat.

Kalavati says to herself that though Sirat is not physically present she is in everybody's heart.

Ranvir tries to cheer Sirat up as she feels lonely.

© Copyright tellybest.com, 2020, 2021. All Rights Reserved. Unauthorized use and/or duplication of any material from tellybest.com without written permission is strictly prohibited.
Cached Saved on: Thursday 27th of January 2022 01:55:58 PM