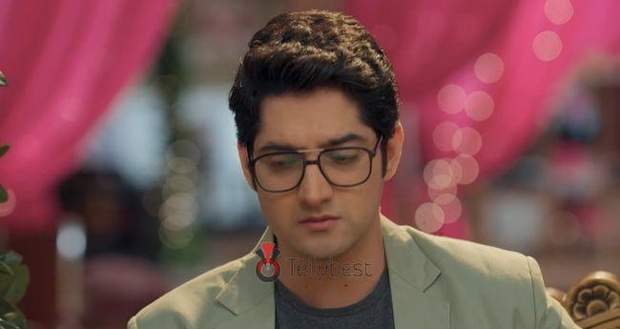 Meanwhile, Kairav and Goenkas are in shocked silence when Aarohi asks him what has happened to Anisha.

Manish also tells Kairav to tell them why did he break off the marriage.

Meanwhile, Akshara tells Abhimanyu that Kairav is innocent while Abhimanyu asks her why she always sides with her family.

Just then, Goenkas arrive at the Birla house and Mahima shouts in anger telling them to get out.

However, Mahima becomes angrier and tells Akshara to go with Goenkas because her brother has killed his daughter.

Abhimanyu stops Akshara and tells Mahima to not punish Akshara for loving her family unconditionally.

Akshara defends Kairav to Abhimanyu once again telling him that Kairav is innocent.

Abhimanyu asks her about Kairav being silent.

Meanwhile, Mahima calls the police and files a complaint against Kairav and asks them to arrest Kairav immediately.

Akshara tells Mahima to not complain about Kairav because Anisha is at fault.

Anand tells Abhimanyu that they have nothing to tell and now the police will get out the truth from them.

Manish also gets angry and tells them to call the police and he will also tell them that Anisha was having an affair with a married man and was trying to dupe Kairav.

When Kairav asked her to tell the truth she ignored him and came for the ceremony forcing Kairav to leave.

Later, Anisha was blackmailing Kairav with suicide when her foot slipped and she fell.

However, Mahima refuses to believe the story while Parth also tells them that Anisha will not do something this vile.

Manish tells them that they cannot believe the truth about Anisha knowing her too well and are ready to accuse Kairav despite his innocence.

Anand slaps Manish for putting allegations on Anisha and calling her a problem child.

Everyone is shocked at Anand’s anger when the police come with Kairav telling them that Kairav has been arrested.

Kairav tells them that he is innocent and does not want to go to jail.

Akshara tells Abhimanyu to stop Kairav from being arrested.

However, Abhimanyu tells her that Anisha loves Kairav and that is why she has made efforts to buy a painting of Kairav’s favourite painter and use to send roses and cards every day to him.

Akshara tells him that it might be a ploy to cover her affair while Abhimanyu shuts her up.

© Copyright tellybest.com, 2020, 2021. All Rights Reserved. Unauthorized use and/or duplication of any material from tellybest.com without written permission is strictly prohibited.
Cached Saved on: Friday 30th of September 2022 06:15:25 PMCached Disp on: Saturday 1st of October 2022 04:33:36 PM