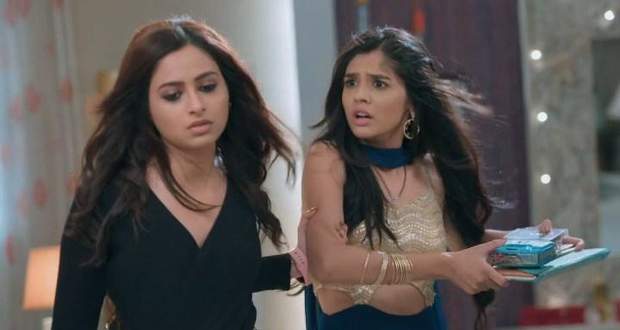 She tells Akshara to not show false concern and take her things away so that she can burn her leftover ambition.

Seeing Akshara sad and dejected, Manish wonders what has Aarohi said to Akshara to hurt her.

Manjari hugs her and sings to cheer her up however Aarohi’s words keep coming back to Akshara.

After a while, Abhimanyu calls her.

Abhimanyu questions Akshara for being sad and asks her to come to the hospital as he misses her.

After a while, Dr Rohan comes to call Abhimanyu for a patient who only wants surgery done by Abhimanyu.

On the other hand, Manish is worried about Aarohi and Akshara and their fight that has destroyed the peace of the house.

Abhimanyu tells him that he will not be able to do any surgery but Dr Anand is the best surgeon and will do his surgery.

Just then Anand comes and tells the patient that Abhimanyu will be away at a conference but he will be in good hands.

The patient insists on waiting for Abhimanyu while Abhimanyu goes away without answering.

Later, Anand comes to Abhimanyu and tells him that his growing popularity is a reason why his problem cannot be made public knowledge.

He also advises Abhimanyu to share his problem with Akshara and tell her before she finds out from someone else and feels hurt.

Meanwhile, Akshara hurries to her appointment thinking of Abhimanyu who waits for her.

In the meantime, Anand tells Abhimanyu to not take the stress and leave the work to neurologists.

Later, Anand asks Abhimanyu to write a letter of recommendation for Harshvardhan.

Abhimanyu also resolves to tell Akshara about his condition.

Meanwhile, Akshara is singing for the patients when some random stranger stops to hear her.

Afterwards, the stranger claps for Akshara and asks her if she performs on stage as well.

He also tells Akshara she has a rare talent and should use it on large scale to help lacs of people. The stranger's words remind Akshara of Aarohi’s hurtful words.

The stranger tells Akshara to participate in the contest and gives her his card to send an audio clip for the audition.

Akshara is surprised at this unexpected turn of events and decides to participate in the contest even if it means going through panic attacks for being on stage.

She is sure that Abhimanyu’s support will take care of her problem of panic attacks.

© Copyright tellybest.com, 2022, 2023. All Rights Reserved. Unauthorized use and/or duplication of any material from tellybest.com without written permission is strictly prohibited.
Cached Saved on: Monday 21st of November 2022 06:18:47 AMCached Disp on: Thursday 1st of December 2022 11:26:28 PM