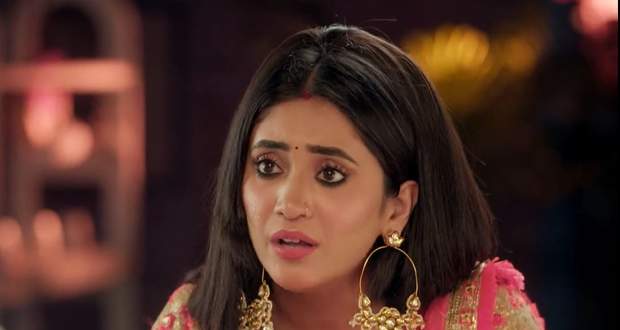 Today's Yeh Rishta Kya Kehlata Hai (YRKKH) 16 June 2021 episode starts with Sirat crying and wondering why she is having feelings for Kartik.

Kartik sees the living room empty and asks Maudi if Sirat said anything to her.

Sirat tells herself that she cannot betray Ranvir after the sacrifices he did for her.

Ranvir comes there and talks with Sirat as she avoids Kartik's call.

He comes out after which he bids Sirat and Ranvir goodbye.

Later, Sirat and Ranvir plan a lunch date while he tells her to take care of her injury.

Meanwhile, Kairav reveals to Kartik that he has participated in school sports for boxing.

He reveals that he has given Sirat's name as his coach and that she has to be present with him.

Sirat video calls Maudi and tells her that she is very happy as she is going on a lunch date with Ranvir.

Kairav tells Kartik to call her while Sirat avoids the call thinking it's Kartik worrying for her.

She switches off her phone and goes for her date while Kartik and Kairav go to school.

After having lunch, Sirat checks her messages and rushes to the school while Kairav refuses to participate without Sirat.

Sirat manages to reach on time and apologises for not being reachable.