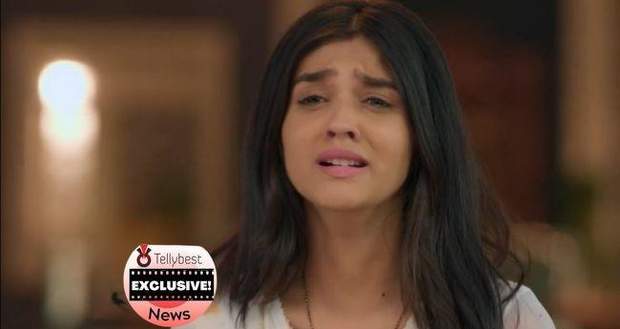 Today's Yeh Rishta Kya Kehlata Hai (YRKKH) 17th August 2022 episode starts with Kairav telling everyone that he does not want to go to jail as he is innocent.

Akshara asks Abhimanyu to stop them and tells them that he is innocent.

However, Abhimanyu shows him Anisha’s wedding gift for Kairav and says that Anisha took the effort because she loved Kairav.

Harshvardhan tells the police to take Kairav away while Akshara tells Abhimanyu to trust her if not Kairav.

Abhimanyu tells Akshara that just like her he is siding with his family.

Goenkas goes after Kairav to the police station to get him released.

After a while, both Birlas and Goenkas fight over filing a complaint against Kairav while Akshara and Abhimanyu arrive and calm them down.

Akshara goes to Kairav who is sitting in the corner feeling ashamed for putting his family’s reputation at risk.

Akshara assures him that there is nothing to worry about as he is innocent and therefore he will soon be out of jail.

After a while, Abhimanyu and Akshara are in turmoil at being on opposite sides despite promising to stand together.

Meanwhile, Manish is doing his best to get Kairav out while Harshvardhan and Anand are trying their best to keep Kairav in jail while Akshara and Abhimanyu are watching the proceedings in trance.

Harshvardhan tells Abhimanyu that their lawyer wants to talk to him while Manish asks the same of Akshara.

After a while, Akshara thinks of bringing back both the families together and goes to talk to Mahima.

Akshara consoles Mahima for her pain and the loss a parent feels after the death of their young child.

Akshara also reminds Mahima of the Kairav and her family’s qualities and tells her that they have never crossed the line or intentionally hurt anyone, especially Kairav.

Meanwhile, Abhimanyu is contemplating Akshara’s words and testimony and asks Parth if it is possible that Kairav is innocent.

Parth tells him to not get influenced by Ashara and for once be on the side of his beloved sister and his family.

Abhimanyu tells him that he only wants to be on the side of fair and just and do not want to punish an innocent person.