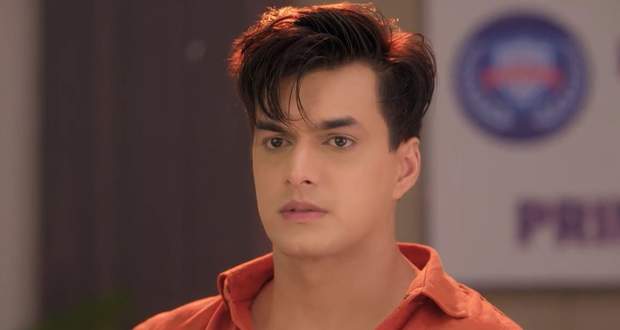 Kartik confronts Sirat as to why she was avoiding his and Kairav's calls and scolds her upon lying.

Kairav wins the match and they get happy but she sees Ranbir and leaves.

Kartik goes after her and apologises to her while asking her what is wrong so he can help.

Ranbir comes there and Kartik reminds them about the media conference at evening which they will announce her as the face of the team.

Maudi asks about Sirat after watching the video sent by Ranbir while Sirat purposefully hurts her injured leg to prevent from meeting Kartik.

Sirat calls Maudi and shows her feet while Maudi shows her the preparations done for the announcement and everyone waiting for her.

Manish gets upset for Sirat not reaching there while she calls them over video call which Suwarna connects to the projector.

She attends the conference over video call while Maudi notices Sirat avoiding eye contact with Kartik.

© Copyright tellybest.com, 2020, 2021. All Rights Reserved. Unauthorized use and/or duplication of any material from tellybest.com without written permission is strictly prohibited.
Cached Saved on: Monday 17th of January 2022 09:05:11 PM