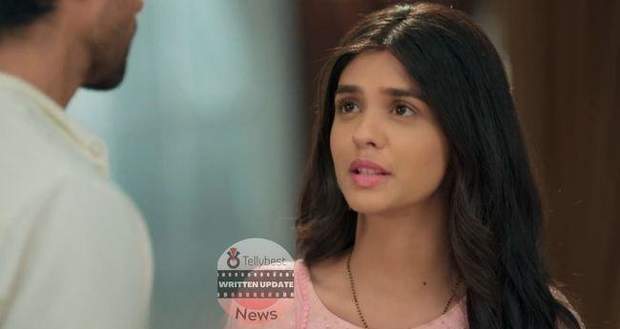 Today's Yeh Rishta Kya Kehlata Hai (YRKKH) 18th August 2022 episode starts with Akshara requesting Mahima to believe Kairav while Mahima tells her that she only cares for her family and that she has never cared for her them and she does not need her support to get justice for her daughter.

Akshara tells her that for her both the families are equally important.

Manjari also favours Akshara but Mahima rebukes her saying that she should not take Akshara’s side and respect Anisha who was never understood.

Akshara tries to say something but Anand stops her saying to let Mahima be.

Akshara messages Abhimanyu that she is going to Goenka's house while she gets some shocking news from Aarohi.

Meanwhile, Abhimanyu asks Parth if there is anything else to be done.

In the meantime, Goenka is worrying about Kairav whom they could not meet.

On the other hand, Akshara comes to Goenka's house to support them.

At the Birla house, Abhimanyu and Parth arrive to see Mahima ill.

Mahima accuses Akshara of caring more for her family instead of them and that he should accept that bleak truth.

In the meantime, Akshara, Aarohi and Vansh are worrying about Kairav and decide to leave everything to God who is the ultimate helper.

Later, Abhimanyu gets a call from Dr Kunal who offers his condolences to Abhimanyu and tells him that he wants to do surgery in the next two days as he has to go out of the country indefinitely.

Abhimanyu tells him that he is not sure about anything and disconnects the call.

After a while, Goenkas are telling Akshara about the Birlas using their source to keep Kairav isolated from the family.

However, Akshara assures Goenkas that Abhimanyu will never take sides in Kairav’s case or do something so vile.

Just then, Dr Kunal calls Akshara to ask her to convince Abhimanyu to get his surgery done in two days' time.

Akshara assures her that she will convince him to the surgery.

Elsewhere, Akshara arrives at the Birla house while Mahima rebukes her for supporting Goenkas.

Mahima tells Abhimanyu that Akshara will soon betray his trust as well for the sake of her family.

© Copyright tellybest.com, 2020, 2021. All Rights Reserved. Unauthorized use and/or duplication of any material from tellybest.com without written permission is strictly prohibited.
Cached Saved on: Sunday 2nd of October 2022 09:24:12 AMCached Disp on: Thursday 6th of October 2022 04:56:48 PM