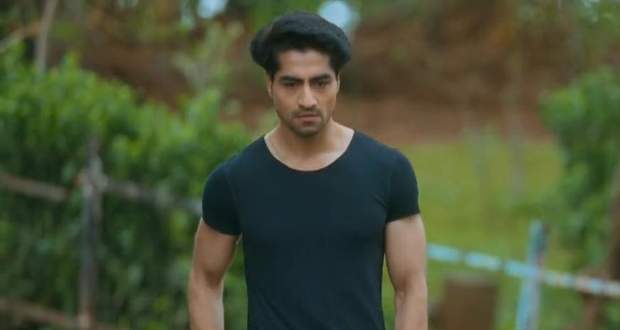 Today's Yeh Rishta Kya Kehlata Hai (YRKKH) 18th June 2022 episode starts with Abhi noticing the pillow that Akshara had made for it tearing and imagines her there.

Abhi fixes the pillow and sits to cry while his mother comes there and asks him if he's fine.

Manjiri asks Abhi about Akshara but he tells her that she has gone to her home.

Manjiri calls Akshara and asks her if everything's fine between her and Abhi.

Meanwhile, Akshara gets relieved that Abhi didn't tell her anything and lies to Manjiri that she'll return the next day.

Further, Akshara dances and cheers up the family but her brother notices her solemn expression and tries to ask her about it.

The next morning, Akshara imagines Abhi coming to the house to convince her to return to the house with him and feels emotional.

She checks her phone to see if Abhi sent any message or called but gets sad when she sees no notification.

Akshara calls Abhi but doesn't get connected as Abhi is also calling her at the same time.

They both decide to message the other person but recall the hurtful words and stop.

Abhi goes inside and sees Neil putting Tue comforter on their father and gets upset.

Meanwhile, at Akshara's house, the family talks about inviting Abhi's family to Savan Mela but she refuses to say that they won't be interested in things like that.

Further, she makes an excuse and diversity the conversation while the family notices it but decides not to interfere.

Akshara goes away and cries while saying that she won't bend this time and apologize.

© Copyright tellybest.com, 2022, 2023. All Rights Reserved. Unauthorized use and/or duplication of any material from tellybest.com without written permission is strictly prohibited.
Cached Saved on: Monday 21st of November 2022 04:04:40 PMCached Disp on: Friday 9th of December 2022 06:51:00 PM