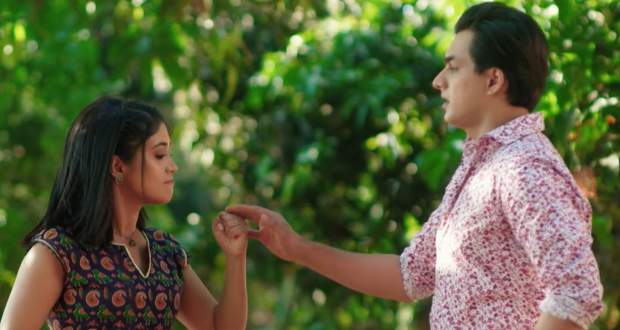 Further, Sirat tells Kartik that her boxing partner has left the game and her other competitors are not good to practise with so she is not able to focus on her game.

Kartik advises Sirat that she should do her practise with a male boxer.

Meanwhile, Ranvir tells Kartik that he will be marrying Sirat after she finishes with her boxing match.

At the same time, Sirat tells Ranvir not to accompany her during her practise as she knew Ranvir won't allow her to fight with a male boxer.

After the time, Kartik brings a male boxer for Sirat to practise with but soon Ranvir comes and gets aggressive with the male boxer.

Sirat sternly refuses Ranvir's suggestion of not practising with the male boxer and says that to explore her complete strength it's mandatory for her to take this step.

Ranvir gets upset and leaves with disappointment when Sirat refuses to listen to him.

© Copyright tellybest.com, 2020, 2021. All Rights Reserved. Unauthorized use and/or duplication of any material from tellybest.com without written permission is strictly prohibited.
Cached Saved on: Thursday 27th of January 2022 01:27:11 PM