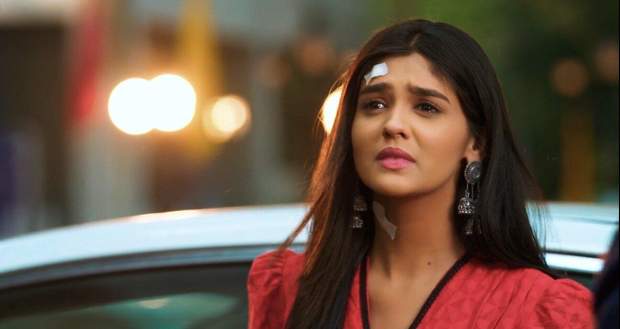 Abhimanyu rectifies Neil that he wants answers but from Akshara, as it is she who matters to him and he walks out of the room fuming in anger.

Akshara, on the other hand, decides to go home as she can't wait for Arohi there forever, she tries calling Arohi again but fails in reaching her.

Akshara reaches home and sneaks into her room somehow, she calls out to Kairav and others from the room and lies that they have come back from the parlor.

Meanwhile, Abhimanyu storms out of the house making others run after him to stop him, he decides to run as his bike doesn't start.

Harshvardhan gets infuriated and notices Neil smiling, he instantly threatens him to tell what he has said to Abhimanyu.

On the other side, Arohi reaches the address of her exam center but gets to know that the exam was a fraud and there is no exam going on in reality.

Back to this side, Abhimanyu runs his way to the house of the Goenkas', Akshara feels the presence of Abhimanyu and gets stunned to see him outside her door.

Before anyone can see, Akshara pulls him inside the room and asks him why he was there.

Akshara trips and was about to fall when Abhimanyu catches her in his arms.

Upcoming YRKKH episode updates: Akshara reaches sunset point according to Abhimanyu's demands at 4:02 PM, she reads the goodbye message from Abhimanyu and thinks that he has jumped down from there.

Broken with tears, Akshara confesses her love to Abhimanyu, Abhimanyu appears in front of her.