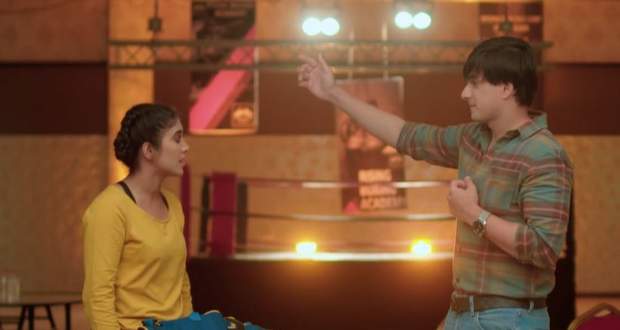 Further, Kartik tells Sirat that it's important for her and Ranvir to clear out their misunderstanding as it might grow into a big problem later in between them.

Kartik suggests Sirat that she should solve this issue when he brings Ranvir along with him for the pooja.

Sirat gets happy to know this and she rushes to get ready for the pooja.

At the resort, everyone gets busy with carrying out the rituals for the pooja and Sirat starts blushing as she speaks about Ranvir with Suvarna.

Later, Kartik makes Ranvir understand the importance of clearing the argument and tells Ranvir that life is less to love someone and he shall not waste it by arguing with Sirat.

Further, Sirat senses something ominous as she enjoys her pooja ceremony with the Goenka's.

At the same time, Kartik and Ranvir meet with an accident.

Upcoming Yeh Rishta Kya Kehlata Hai (YRKKH) episode update: The car in which Kartik and Ranvir were coming catches fire as they hit with an accident.