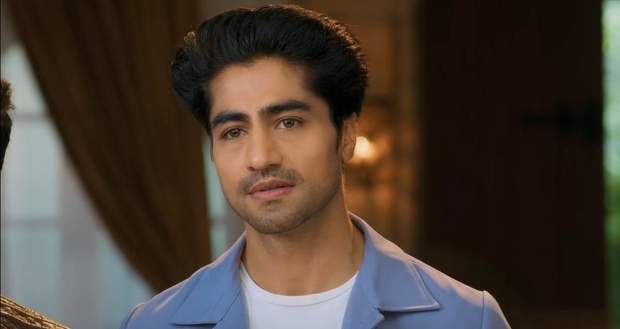 Angrily, Abhimanyu takes Akshara to his room and tries to control his anger.

Abhimanyu tells Akshara that she does not need to sacrifice her dream for people and she deserves more.

Meanwhile, Mahima, Manjari and Anand are happy for getting rid of Akshara’s problem and make fun of Akshara’s and Manjari’s music which Manjari overhears.

Manjari feels hurt and vows that she will not let history repeat itself.

In the room, Akshara is trying to cajole Abhimanyu who tells her that her goodness is wasted on Birlas.

Akshara tells him that she will practise her music therapy elsewhere and earns a name herself.

Abhimanyu agrees with Akshara’s decision but asks her to prove the busy Birlas wrong but Akshara tells him that she will prove him and herself right and not the other way round.

Meanwhile, Mahima and Anand very selfishly turn the invitation to the Chicago conference for themselves.

After some time Abhimanyu and Akshara are romancing each other when a reminder on Alexa tells them of Manjari’s anniversary.

Akshara gets excited to hear it and thinks of planning a surprise for Manjari and Harshvarshan.

In the meantime, Abhimanyu and Harshvardhan once again argue about the Chicago conference and Akshara attending it as a music therapist.

Harshwardhan and Mahima try to turn Abhimanyu against Akshara.

On the other hand, Manjari councils Abhimanyu about their relationship and tells him to always keep Akshara happy.

Meanwhile, Abhimanyu teases Akshara about her clothes which are spread all over the room.

Spotting a black dress, Abhimanyu asks Akshara to wear it for him and later they romance each other.

The chemistry sizzles between them as they lose themselves in each other arms while Akshara's coyness overcomes her as they come closer.

However, the messed up room comes between their romance and Abhimanyu goes to arrange the room in order while Akshara once again sleeps after a tiring day.

Seeing Akshara sleeping soundly Abhimanyu tells her to rest as tomorrow she will have no time for it.