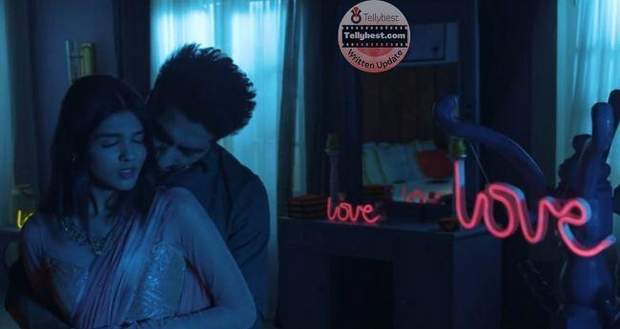 Today's Yeh Rishta Kya Kehlata Hai (YRKKH) 19th November 2022 episode starts with the doctor breaking the news to Abhimanyu that Akshara can face serious complications if she conceives which can put her life at risk.

Outside the hospital room, Akshara plays with a child because the mother was finding something in her bag.

Meanwhile, shocked by the doctor's words Abhimanyu walks out of the doctor's room only to see Akshara playing with a baby.

He recalls the doctor's words and runs out of the hospital and falls on the ground in frustration as he cannot tell Akshara about the serious situation.

On the other hand, Akshara is searching for Abhi as he is not picking up her calls.

In the garden, Abhimanyu's eyes filled with tears and he imagines Akshara holding an infant lovingly while he enters and takes the baby from Akshara.

Abhimanyu runs with the baby playfully while Akshara runs behind and both hugs each other with the baby in Abhi’s hand portraying a happy family.

In the hospital, Akshara asks Dr Rohan about Abhimanyu's whereabouts and requests him to not tell about her accident to Harsh or Anand.

In the garden, Abhi is punching the cement bags to pump out his frustration and pain.

In the hospital corridor, Dr Rohan informs Akshara that Abhimanyu did not pick up the call but just then Abhi enters and meets Akshara.

In the Goenka house, Manish briefs Vansh about the meeting and says he believes both of them.

Confused Vansh asks Manish who is coming with him and Manish signals towards Kairav who is standing on the staircase.

Kairav descends the stairs while Vansh gets excited and picks up Kairav as he is happy about him joining the office back.

At the same time, Swarna gets a call from Manjari and she walks aside to pick up the call.

Swarna picks up the call worried that Arohi did something or something happened to Akshara.

However, Manjari requests Swarna to not get angry at Arohi and Swarna asks Manjari what has Arohi done now.

In Abhimanyu’s room, Akshara and Abhimanyu enter the room and he urges her to rest but she makes him sit on the bed.

Looking at his worried face, Akshara sits beside him and assures him that her accident was no big deal while Abhimanyu recalls the doctor's words and lies in Akshu’s lap.

His eyes well up with tears and he goes to bring the bag from the car.

Swarna tells the family that Arohi has again become a part of Birla's house so Manjari was asking about Arohi’s Phagphera rasam.

However, Manish interrupts her and announces that Arohi is dead for them.

Meanwhile, Abhimanyu sits on the ground and cries against the support of a pillar.

Abhimanyu consults his doctor friends and sends them Akshara’s reports but everyone concludes that Akshara will face complications in her pregnancy.

Suddenly Akshara calls Abhimanyu from behind and asks him why he was talking to the gynaecologist and whose pregnancy has a problem.

However, Abhimanyu lies that he was talking about a patient and Akshara exclaims she will die if this happens to her.

© Copyright tellybest.com, 2022, 2023. All Rights Reserved. Unauthorized use and/or duplication of any material from tellybest.com without written permission is strictly prohibited.
Cached Saved on: Monday 21st of November 2022 01:21:25 AMCached Disp on: Thursday 1st of December 2022 01:50:50 AM