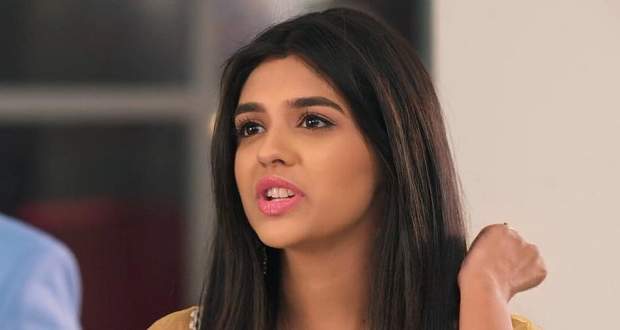 Kairav and Arohi interrupt Akshara on her way but she somehow leaves from there without answering any questions.

Abhimanyu and Akshara meet in Abhimanyu’s cabin at the hospital, Abhimanyu tells her that the previous night’s incident shouldn’t have happened.

Akshara clears that it was not her mistake as she thought it was a cold drink and drank it.

Both reveal that they don’t remember anything about what happened between them in that house and how they managed to reach home.

Akshara tells Abhimanyu to not try to remember but to focus on his marriage more, Abhimanyu mocks her on her comment.

Later, Arohi gives the example of Rinku Suryavanshi to Kairav and tells him how she fights for her rights against society, Kairav thinks of his sisters and wishes them the best of luck.

The next day, Akshara and Arohi gather at the Birla’s house to select rings for the engagement, Abhimanyu also joins them.

Abhimanyu imagines Akshara dancing and exchanging rings with him.

Akshara leaves to make a call, Abhimanyu comes to her and tells her that she has to dance happily the next day at their engagement.

Akshara denies doing so but Abhimanyu assures that she has to.

On the other hand, Harshvardhan calls Arohi informing her that the photo couldn’t be found and may have been disposed of with the trash, he warns her to not make any stupid mistake like that.

Neil listens to Harshvardhan as he received the call in Arohi’s place, Arohi comes and takes back her phone.

Later, Arohi shows the ring selected by her to the Goenkas and they start dancing in joy for the next day.

Upcoming YRKKH episode updates: The Goenkas reach the Birla residence for the engagement, Kairav informs that Akshara is busy with an emergency case at the NGO, Abhimanyu calls Akshara and asks her to come there, Akshara denies.

© Copyright tellybest.com, 2020, 2021. All Rights Reserved. Unauthorized use and/or duplication of any material from tellybest.com without written permission is strictly prohibited.
Cached Saved on: Thursday 20th of January 2022 12:02:49 PMCached Disp on: Friday 21st of January 2022 05:14:51 PM