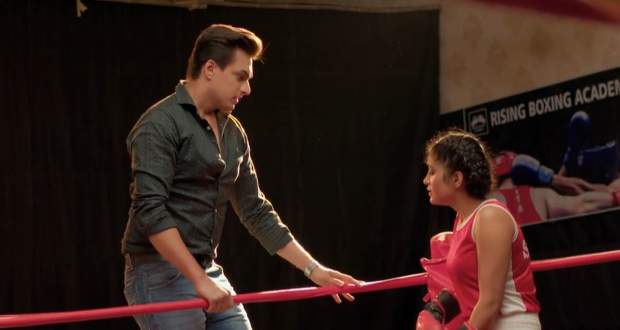 Today's Yeh Rishta Kya Kehlata Hai (YRKKH) 1 June 2021 episode starts with Kartik encouraging Sirat to win the match and prove herself that she is the best among others.

Further, Sirat recalls the promise given to Ranvir and fights bravely with her opponent and manages to gain victory in her match.

On the other hand, the police authorities try to create havoc while they accuse the Goenka's of smuggling real diamonds.

Later, Ranvir reveals that they aren't the police authorities but Narendranth's goons whom he has sent to create problems in his wedding.

Ranvir gets furious and leaves the wedding hall to go and meet his father.

Ranvir takes a drastic step and keeps the revolver's point on Narendranath and blames him for ruining his life.

Narendranath gets emotional and tells Ranvir whatever he has done is for his welfare which makes Ranvir lose his temper.

Ranvir tells Narendranath that his goons came to him with evidence to get him behind the bars but he refused to do so as he is his father.

On the other hand, Kartik gets Sirat ready for her wedding.