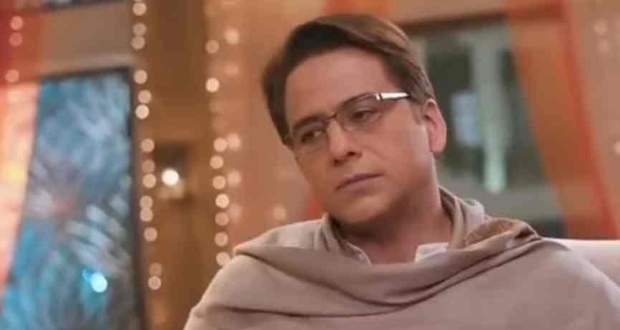 Today's Yeh Rishta Kya Kehlata Hai (YRKKH) 1st March 2022 episode starts with Abhimanyu refusing to leave Manjari for Akshara as he holds both of them equally dear to his heart.

However, Abhimanyu tells Manish that he will talk to Manjari and if she agrees to leave the house with him then he will agree to Manish’s condition.

After settling the matter between Abhimanyu and Manish, they come out to find Akshara and Kairav along with others waiting for answers.

On asking Manish why he came to the Birla house, he answers that he wanted to say sorry and thank Abhimanyu for saving him.

Harshvardhan asks that Manish could say that to Abhimanyu in hospital too so why did he take a risk like that to come there.

Hearing this, Abhimanyu and Manish haphazardly cover for each other which sparks suspicion in Akshara’s mind.

After Akshara and Kairav leave with Manish, Harshvardhan tries to extract the information about the conversation between Manish and Abhimanyu but fails.

Meanwhile, Akshara and Kairav bring Manish into his room and try to ask about his talk with Abhimanyu but Manish continues to keep silent.

At the same time, seeing Abhimanyu in distress, Manjari asks him about the reason and gets shocked to know about Manish’s condition.

Abhimanyu asks Manjari if she wants to come with him and Akshara to a separate house, Manjari leaves without answering.

With Abhimanyu continuously dodging Akshara’s questions about the truth, she calls and tells him to rush to their house to check Manish.

Abhimanyu gets scared about Manish’s condition but discovers everything normal on checking him.

On asking Akshara, she reveals that Manish has blabbered everything in his sleep to her and she proceeds to tell everyone.

In the process of stopping Akshara, Abhimanyu mistakenly confesses the truth about Manish’s condition.

Akshara and others get shocked on hearing the truth and question Manish’s decision.

Manish appears and Akshara confronts him on how he could put such a condition for Abhimanyu.