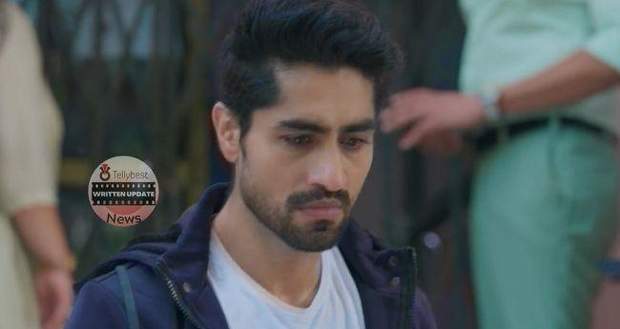 However, Abhimanyu tells him that he does not need to explain his decision to anyone.

Meanwhile, Goenkas are worried about breaking the news of divorce and decide to wait for some time.

Vansh warns Aarohi to not tell anything to Akshara else he will also tell something to others.

Later, Akshara gets a call from Neil and tells him to bring Abhimanyu to the temple where they first met for she wants to end all this dispute and talk to Abhimanyu in peace and remind him about their relationship.

Meanwhile, Abhimanyu is astonished to not get a reaction out of Akshara and calls her heartless.

The next morning Akshara imagines Abhimanyu beside her and tells her that today they will be together like they were before their separation and vows to be together forever.

In the meantime, Abhimanyu is talking to someone on the phone and looking restless.

Meanwhile, Neil tells Abhimanyu that they will have to go to Temple first as he has organised a veneration for Manjari.

Abhimanyu agrees to go while Neil messages Akshara that he is bringing Abhimanyu to the temple.

As Akshara is about to leave when she sees the envelope of Abhimanyu's lawyer friend and looks for the papers that came in it dreading another problem from Mahima’s side.

However, the earth moves from under her feet when she finds the separation paper lying on the table.

Meanwhile, Abhimanyu and Neil arrive at the temple while Abhimanyu thinks about Akshara’s answer.

Later, Akshara and Abhimanyu come face to face with the divorce papers in Akshara’s hands.

Past memories of their first meeting rain on them when Akshara asks him if he still remembers this temple where they started this journey and today they will once again start this journey.

Just then, Harshvardhan calls out to Abhimanyu asking him what is happening. One by one Birlas and Goenkas surrounds them.

Seeing them, Akshara tells Abhimanyu that when she was leaving home she has so many ambitions to save their relationship but these separation papers at the last minute changed her mind.

She also tells him that she wanted to sign it then but couldn’t and she has come here because she wanted to see the expression in his eyes that is in her heart but now having seen it she has no complaints.

Mahima rudely tells Akshara that someone needs to send the paper so Abhimanyu sent it.

Akshara ignores Mahima’s comment and tells everyone that everyone can listen to their conversation but has no right to speak in between.

© Copyright tellybest.com, 2022, 2023. All Rights Reserved. Unauthorized use and/or duplication of any material from tellybest.com without written permission is strictly prohibited.
Cached Saved on: Monday 21st of November 2022 08:48:55 AMCached Disp on: Tuesday 29th of November 2022 10:26:05 AM