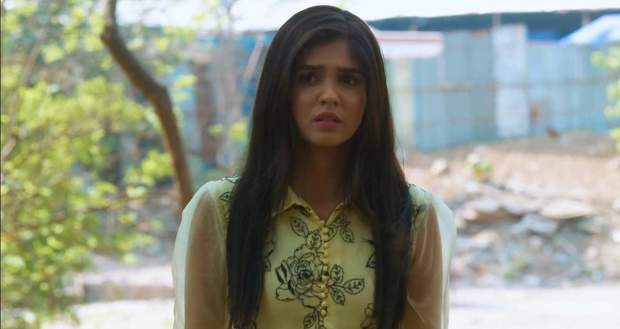 Soon Swarna gets a call from Manjari who tells her that they are going for a destination wedding.

Both Abhimanyu and Akshara are in turmoil, hearing talks of the wedding.

Abhimanyu gets a call from the hospital while Akshara relives Abhimanyu's words.

While Abhimanyu is operating Akshara’s song is overheard to calm the nerves of the anxious patient.

Akshara is waiting anxiously for Abhimanyu to come out.

Abhimanyu sees Akshara and ignores her while Akshara tells him that she will give him all the space he wants from her but she will not stop waiting for him nor will she lose hope.

Meanwhile, Goenka’s are preparing for the Mehndi ceremony while Abhimanyu is exercising his anger in the hospital gym.

At the Birla house, everyone is ready and waiting for Abhimanyu whereas Goenkas are busy enjoying the Mehndi preparation.

Akshara wonders about Abhimanyu’s arrival at his own Mehndi ceremony.

Manjari finds Abhimanyu lying on the bench and worries about him while he tells Manjari everything about her accident.

On the other hand, Birla arrives at Goenka's house for the ceremony and tells them that Abhimanyu has been in the hospital all night therefore Manjari will bring him from there.

Abhimanyu shares his anger with Akshara to Manjari and complains to her about Akshara favouring Aarohi over him.

Manjari tells Abhimanyu that this is definitely a serious matter and that what Akshara did is wrong.

Meanwhile, Aarohi confronts Akshara who has been behaving low since yesterday evening.

Manjari tells Abhimanyu that maybe her perception of viewing things is different than that of Akshara’s.

Manjari also tells him that Akshara might not know in reality that someone got hit by a car and it is possible that both of them are only having a different point of view that has caused a misunderstanding.