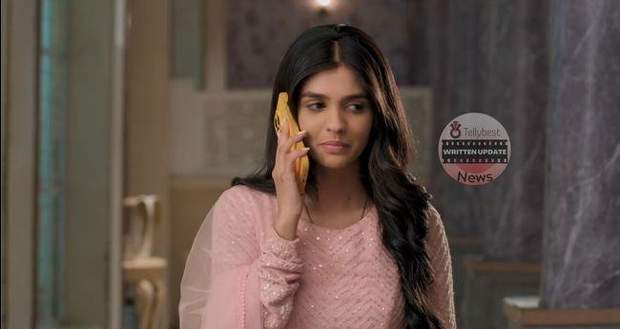 Today's Yeh Rishta Kya Kehlata Hai (YRKKH) 20th August 2022 episode starts with Harshvardhan counselling Abhimanyu about getting the surgery done telling him that this opportunity will not come back.

After a while, Abhimanyu makes a call to Dr Kunal to get the surgery done.

Just then, the police call Mahima which surprises everyone.

On the other hand, Manish is shocked to hear that Kairav has escaped from jail while Vansh tells them that this will affect badly his case.

In the meantime, Harshvardhan and Mahima become sure that Kairav is guilty and that is why he has escaped the facility.

Elsewhere, Vansh goes to find Kairav while Mahima arrives there telling Manish that there is no point in hiding Kairav in the house because she will not let him escape justice for making Anisha commit suicide.

Manish yells at Mahima for disturbing them when they are already down with worry.

In the meantime, Akshara is worrying about Kairav and is not able to contact anyone at the Goenka's house while Abhimanyu gets the call from Neil telling him that Mahima is at the Goenka house creating a scene.

Meanwhile, Kairav is hiding from the police when someone finds him.

After a while, Mahima taunts Goenka by pointing at Kairav's escape proving his guilt.

Akhilesh also gets angry and tells them that something must have happened at the jail to make Kairav escape and they are not the police who can come here to search their house and even the police need a warrant for that.

Taking Mahima with him, Anand asks Harshvardhan to arrange for the warrant to get the house searched by the police.

Meanwhile, Kairav is relieved to see Vansh and in a panic-stricken state asks him to save him from the police and faints.

At the Birla house, Abhimanyu is telling Mahima that she should not have gone to Goenka's house and asks her to let the police handle the matter.

At the same time, Harshvardhan tells Abhimanyu to focus on his surgery and keep out of this matter as the police will find Kairav soon.

Later, Akshara is thankful for Abhimanyu’s support while Abhimanyu tells her to go and meet her family.

At the Goenka house, hearing everyone call Kairav wrong to leave the jail, Vansh gets angry and tells them that police must not be treating him well for Kairav to take this step.

Seeing Suhasini stressed, Aarohi goes to get the medicine and is surprised to see all the painkillers gone.

Vansh looks caught and tells Aarohi that it must have finished and goes away while Akshara sees a packet of medicine in Vansh’s pocket and becomes suspicious.