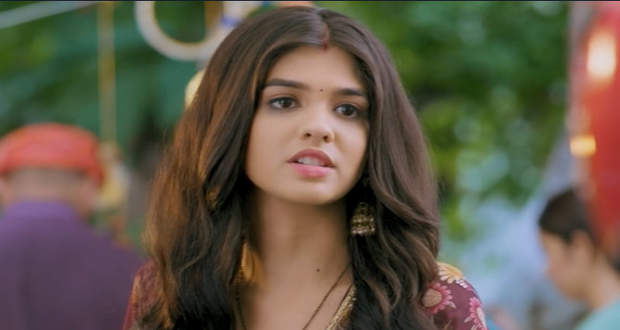 Akshara gets awkward and tells Suhasini that she will call Abhimanyu later.

Meanwhile, Harshvardhan is ready to go to the hospital but is rudely reminded by Mahima that he has been fired.

Anand tells Harshvardhan to focus on saving his family life for now.

At the temple, Akshara bumps into Abhimanyu and argues with each other.

Just then Suhasini spots Abhimanyu and comes to ask him for a favour.

On the other hand, Parth asks Manjari about not divorcing Harshvardhan.

Manjari explains to Parth that she did everything for the good of her children and family and ignored Harshvardhan’s betrayal.

Meanwhile, Suhasini invites Abhimanyu and his family to “Savan Milni” telling him that it will help in building love between them.

Afterwards, Abhimanyu and Aksara get into an argument and says hurtful things to each other.

Abhimanyu decides not to go to the function.

After a while, Manjari gets Swarna’s invitation and after discussing it with the family decides to go.

At the hospital, Abhimanyu is being forgetful and scolds the doctor unnecessarily.

At the Goenka house, Akshara is trying to look happy but Aarohi observes her avoiding attitude and questions her about Abhimanyu.

Elsewhere, Manjari comes to the hospital to take Abhimanyu to Goenkas's house but Abhimanyu refuses to go.

However, Abhimanyu returns her own words to her saying it is his relationship and only he will decide what needs to be done.

At the hospital, Manjari tries to reason with Abhimanyu but he expresses his pain for being kept in the dark for so many years and then being betrayed by those whom he loves the most.

He tells Manjari to let Akshara stay with her family where she will be happy as he is not capable of keeping anyone happy.

Manjari gets worried at Abhimanyu’s words and decides to talk with Akshara.

© Copyright tellybest.com, 2022, 2023. All Rights Reserved. Unauthorized use and/or duplication of any material from tellybest.com without written permission is strictly prohibited.
Cached Saved on: Monday 21st of November 2022 04:08:33 PMCached Disp on: Monday 5th of December 2022 02:27:16 PM